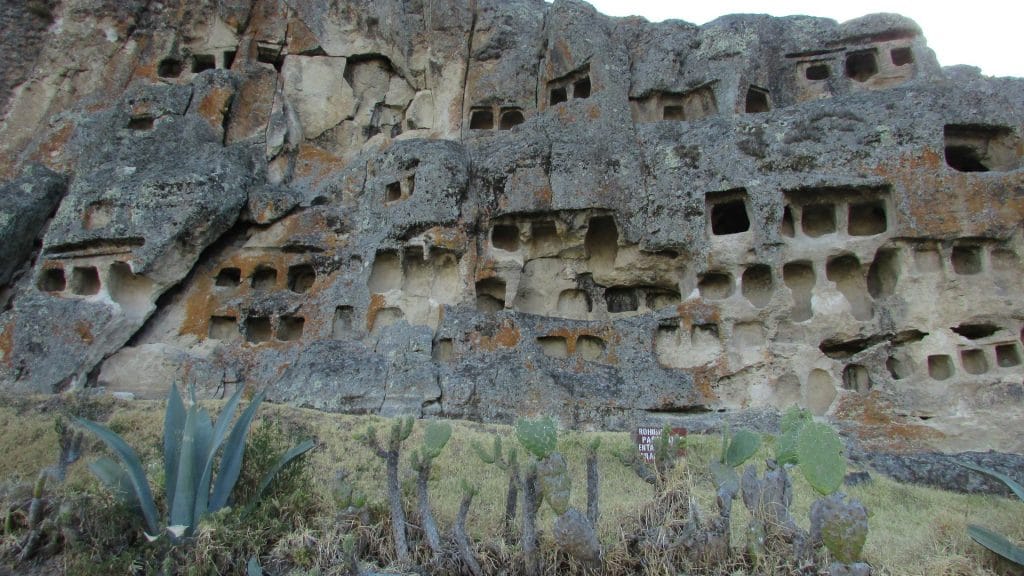 The funeral windows of Otuzco and Cumbayo, Cajamarca, Northern Peru

In Chachapoyas, we have already spoken of Revash or Karajia, mausoleums and individuals sarcophagi tombs.

Here we are visiting another culture, the Cajamarca culture.

We take our car towards the direction of the Northeast, to the famous destinations of Ventanillas de Otuzco.

This site is one of the most visited in the region; it is true that we are very close to the city of the same name: Cajamarca.

Once we arrive at the actual site, we found that this place is near to the road, with extreme accessibility. We have heard about another place, about 25 kms further down the road, with less visitors and even more spectacular.

We decide to stop at Otuzco on the way back and continue towards the other ventanillas. 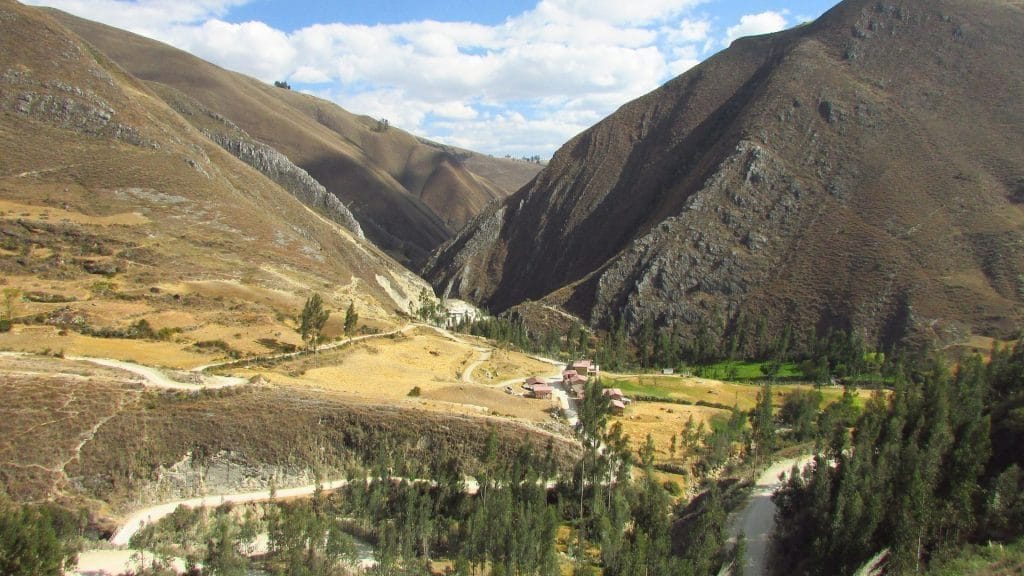 The road becomes a path, very nice by the way, we continue climbing up the hill, and after an hour, we reach the site of  Ventanillas de Combayo.

Awesome is not enough to say! A whole mountain flank with a multitude of small square windows. 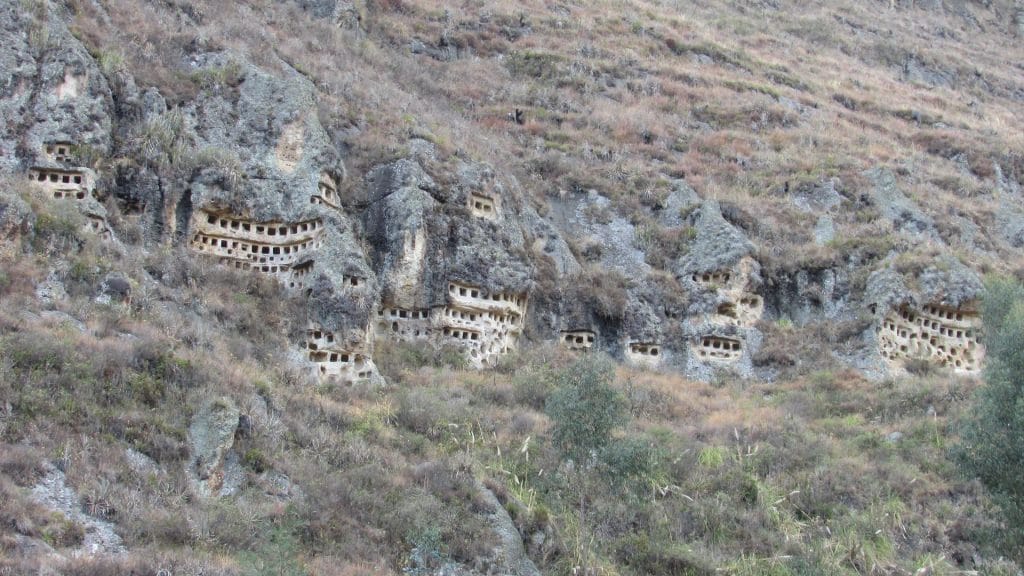 In these cavities, one or more bodies could slide which had previously been decomposed. You have the impression that these windows are small villages or even a giant bee hive from where small supernatural beings should emerge any minute. It is just magical! 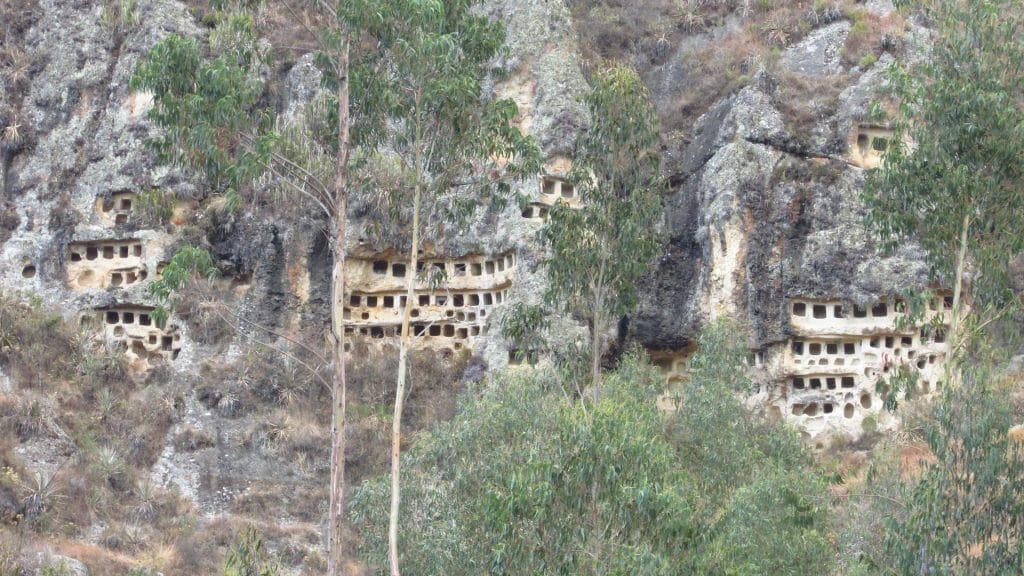 I read in a French guide, you can cross the field and approach. What an idea! We are talking about graves here, I don’t think it would be a good idea to approach… And I find the place mysterious enough.

Ventanillas de Otuzco, the most visited

After enjoying these ventanillas and taking our time, we take the car again. On the way back, we will finish as planned in Otuzco. Change of scenery. The Ventanillas de Otuzco are near the raod and just 20 minutes from Cajamarca. Easy for half day trips. 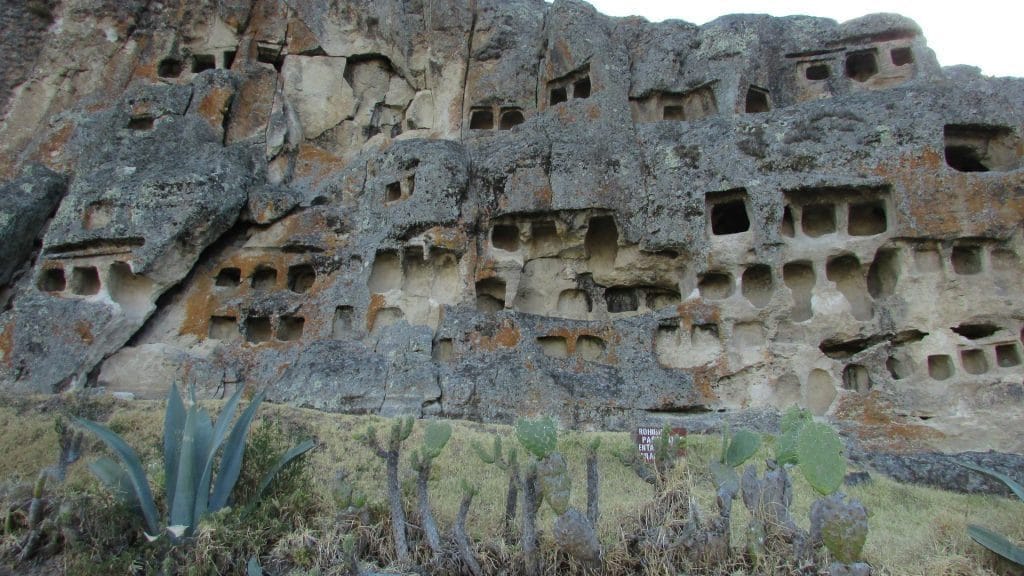 It’s already 4:30 p.m, and we are told that there is no more entrance fee. Also, there is no guide to explain the site. Well, not a problem. We’ll see how we do. Oh, there are even some signs to explain the place and let us know more about the history.

The site of the Ventanillas de Otuzco has about 337 funerary niches and an estimated occupation of the site between 1130 BC and 1240 then JC. Unbelievable ! 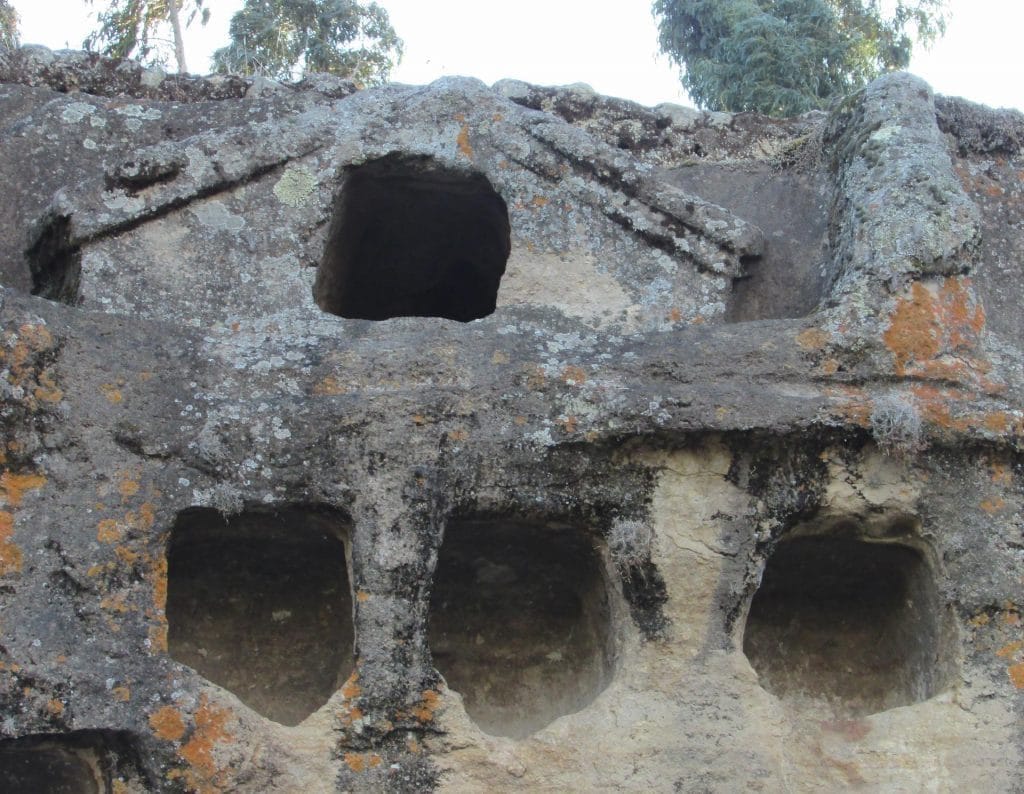 Some look like little real houses. They contained the remains of several people, members of the same family.

At the top, off the site, a young woman who lives there also gives us an explanation about the windows.

I ask her, how she knows all this information. She tells us that she has read a lot and also listens to the guides who pass with the clients. She unfortunately had to stop her studies at the age of 13. Yes, what a shame. But we had already realised that girls are not a priority in the range of studies within families. This is still a sad social reality in the many regions in Peru nowadays.

This was another very instructive afternoon. We are in the region of Cajamarca, Northern Peru.