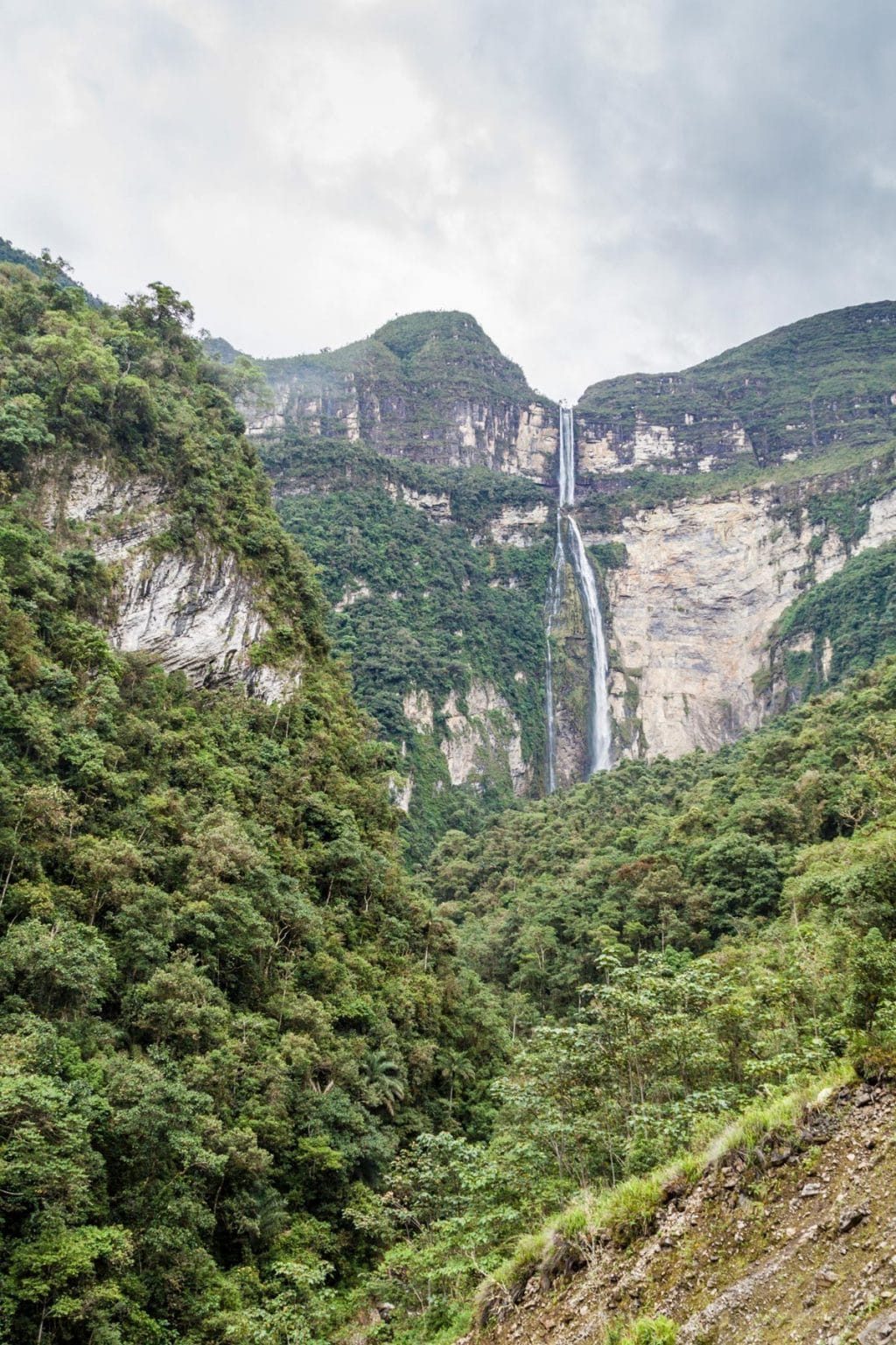 The Gocta waterfall is located in the Amazonas region of Northern Peru. It is considered one of the highest in the world and was only discovered in 2002 by the German Stefan Ziemendorff.

1. The discovery of Gocta

In 2002, the German Stefan Ziemendorff discovered it.

Stefan is a researcher and expert in mummies. He has written several articles on the relationship between the mummies of the Chachapoya culture and the paintings of Gauguin or Munch.

He was looking for sarcophagus in the Amazonas region when he saw a waterfall in the distance. Intrigued, he returned in 2006 to go to the foot of the fall. To do so, he went to the village of Cocachimba and asked the inhabitants if they could take him there. But it was difficult to find someone to accompany him because of the legends surrounding the fall.

A small group took him to Gocta. However, only Telesforo Santillán accompanied him to the foot of the falls. Impressed, Stefan Ziemendorff measured it.

Local residents did not realize they had one of the highest waterfalls in the world, right next to their house.

2. Where does the name Gocta come from?

We do not know exactly what is the origin of the name Gocta . Several theories circulate in the region.

One version says that it is because of the noise made by the monkeys that live in the forest around Gocta: ‘gog, gog, gog’. This interpretation is one of the most recent.

However, you should know that in the Chachapoyas region, several rivers and waterfalls have a name that ends in –gote or -gota. The Australian linguist Gerald Taylor thinks it means ‘river’ or ‘water’. In addition, other waterfalls in the same province of Bongara are also known as Gocta. This would support this hypothesis that Gocta is of chachapoya origin.

Anyway, Gocta is the ancestral name of the fall, and not Chorrera, as one can read on the Internet.

3. Gocta, the third highest fall in the world?

The Gocta waterfall falls impressively on 2 levels. Its total height is 771 m.

The locals say it is the 3th highest waterfall in the world. This would correspond to the National Geographic ranking, which allows interruptions in the fall of the waterfall.

According to the World Waterfall database, Gocta falls are the 15th highest in the world. This ranking would be obtained taking into account only the falls in their entirety. 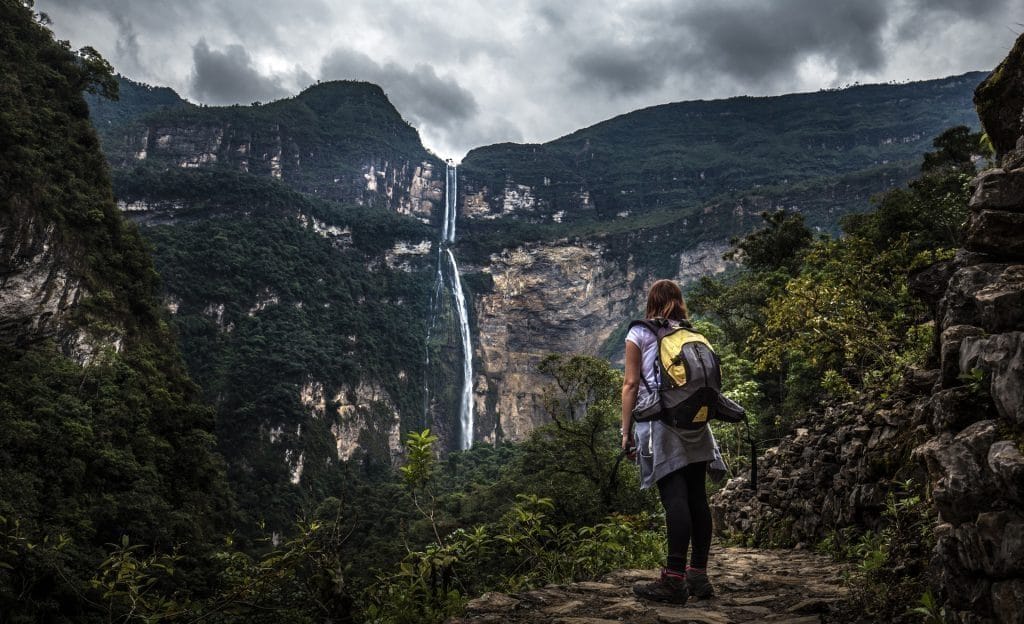 4. Nature on the way to Gocta

To get to the waterfalls of Gocta, you must cross the forest of clouds that surrounds them.

In addition, the vegetation is exuberant and unique. Orchids, bromeliads among other flowers and exotic plants are on the way. If you arrive early in the morning, around 6:00 a.m., or stay late at night, you may be lucky enough to see the Spatuletail Hummingbirds, unique in the world, or the famous Gallito de las Rocas, typical of the region.

This gives a mystical atmosphere to the walk.

On the way you can also admire up to 22 waterfalls, more impressive during the rainy season.

The forest that leads to Gocta is a fragile ecosystem threatened by local farmers who burn it when they need to renew their farmland.

Today, much of the forest is owned and protected by the community. For example, a youth association has planted trees along the way. 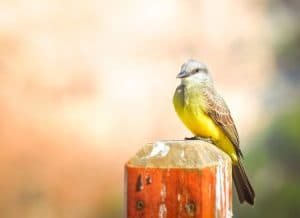 For a trip to the waterfalls of Gocta, leave Chachapoyas, the capital of the Amazon region. You can take a combi or a private transport.

You can choose between 2 starting points:

Cocachimba is an hour’s drive from Chachapoyas, at an altitude of 1800 m.

Once in the village, there are 5 km to reach the foot of Gocta. The road is mountainous: the first 2 km are really difficult, they entail strong ups and downs. This walk is considered moderate and will take between 2 and 3 hours.

If you wish, you can do the first 3 km on horseback for 20 soles, whether you make the round trip or just one way or return, it will cost you the same price.

The more we advance on the road, the closer we get and the more we realize the height of the waterfall. From a moment, we only see the second fall, which is approximately 560 m.

You will pass through fields of sugarcane and corn and cross the cloud forest. You can also see ruins of the Chachapoya and stop at the viewpoint from where you can admire the entire waterfall.

The villagers will also be happy to rent horses to guide you. 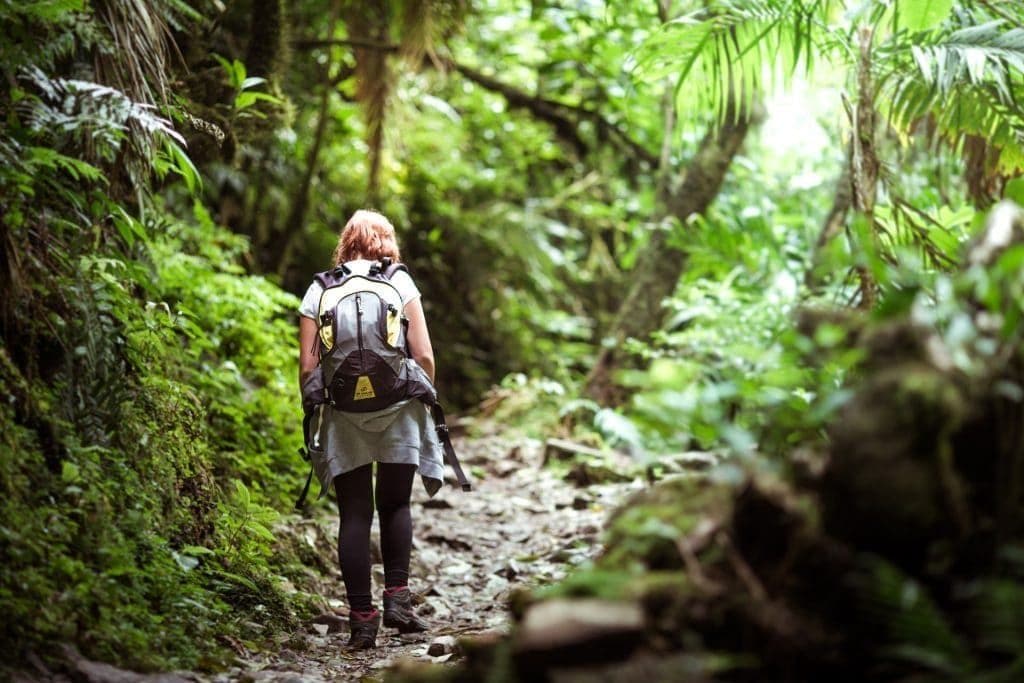 6. The legends of Gocta

The fall attracts and frightens at the same time. This is surely at the origin of the legends that surround Gocta. The latter kept the inhabitants away from the fall.

The legend of the giant snake

According to a legend, in the main well of the fall there would be a gold basin jealously protected by a huge snake.

The legend of the blonde mermaid

According to the latter, Guillermo used to go talk to the mermaid who was near the fall. To thank her for always making him company, the mermaid offered him jewels that he jealously hid. One night, he went home without emptying his pockets and his wife discovered that his pockets shone brightly. Blinded by jealousy, she chose not to say anything and followed her husband. To her surprise, he headed for the waterfall and saw him meet the mermaid. Explosive with jealousy and furious, she went towards them. The noise of the stones that fell in its path frightened the mermaid, who plunged into the depths of the waterfall dragging Guillermo with it. Guillermo and the blond-haired mermaid were never seen again.