How to get to Chachapoyas, Amazonas, Northern Peru

How to get to Chachapoyas, capital of the Amazonas region, northern Peru ?

We talk a lot about the Amazonas region, in the north of Peru, with its capital Chachapoyas as the future boom of tourist destinations.

It is true that it has everything: its capital with its colonial style is the most charming and welcoming. 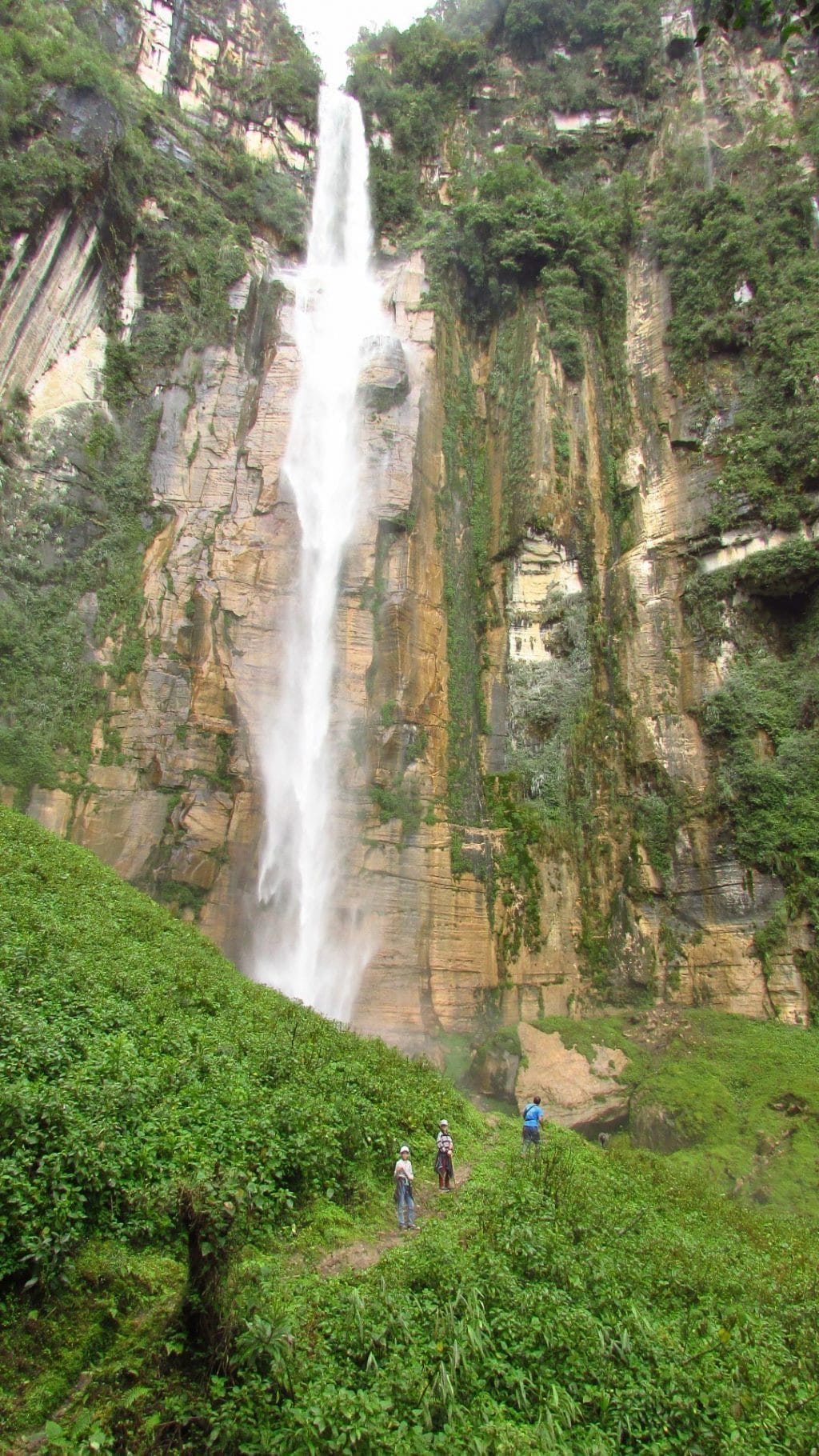 These waterfalls are surrounded by lush nature and primary forests, which people have so far preserved. The region is home to endemic bird species, like the extraordinary spatule tail hummingbird.

This region is home to hundreds of pre-Inca archaeological sites, which are not yet available to the public. However, among these sites, Amazonas boasts the famous walled city of Kuelap, a perfect example of the architecture of the Chachapoya warrior culture that developed here since 500 AD. 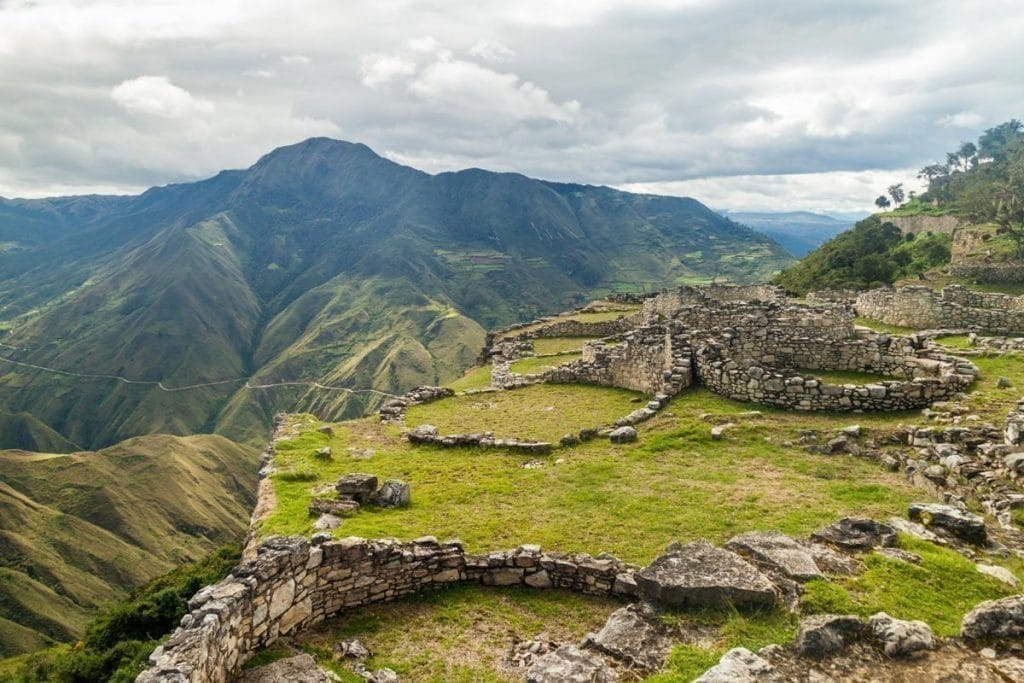 We talk about 9 centuries before the expansion of the Incas outside the walls of Cusco. The site will soon be more accessible, in addition to the road, thanks to the first cable car in the country, an event in Amazonas. You will also find sarcophagi, mausoleums and other unique attractions.

Arrival to Chachapoyas by air

If the major coastal cities like Chiclayo, Trujillo, Piura experience daily flights from Lima; what about the capital of the Amazonas region?

In recent months, after repeated calls from local authorities and tourism agents in the region, things have changed and air connections have emerged.

It started in May with daily flights from Tarapoto to Chachapoyas. By road, it takes a minimum of six hours by car to reach the two cities, which is never actually done because on the way one tends to stop several times to enjoy the scenery, which is beautiful.

Otherwise, it takes at least 10 hours of travel by public transport in small, often overloaded vans. The driver is usually tight, that says it all, right? With the plane, Tarapoto (300 meters of altitude, limit of the Amazon jungle) is less than 30 minutes from Chachapoyas (2, 335 meters of altitude). I must to say, that if by road it takes 360 km to connect the two cities, a direct flight is only about 180 kms. “Enough” to pass over the Andes and land, and there you are !!

The compagny that takes these flights with small planes of 9 seats is called SAETA.  This means that a flight over the mountains is like being on a roller coaster. But well, for the moment it is the only air connection that arrives directly to Chachapoyas.

Since late September LATAM, ex LAN, the largest airline, which had the project for over a year, to connect Lima (everything from LIMA) to Jaen, in the Cajamarca region, near the Amazonas region. Also with a daily flight in the morning. From there it takes you only 3 hours 30 by car to Chachapoyas. Or 4 hours by bus or collectivo. Nothing is perfect; however, the air connection is improving !

We have recently learned that the company Star Peru was in discussion to bring flights to Chachapoyas airport, through Chiclayo, always from Lima, of course. So this might happen in 2017.

Arrival to Chachapoyas by Bus

Chachapoyas is, of course, mostly accessible by bus. Several bus companies, Movil Tours or GH for example, connect the capital of Amazonas every day with different cities.

For more information, Lima – Chachapoyas takes about 22 – 24 hours, Trujillo – Chachapoyas  13 hours and Chiclayo – Chachapoyas 9 hours. The night buses allow you to make the trip and arrive directly in Chachapoyas early in the morning. Therefore you will be able to do the daily excursions the same day. Fresh and smart, that is another topic.

Other transportation possibilities to reach the region and to move around

Now we covered how to get to Chachapoyas by air and bus. What other possibilities can I arrange to reach and then move around Chachapoyas?

The best transport to connect the villages, is what we call here the “collectivo”. There is a bus station in Chachapoyas, a little out of the center; most of these are “combis” that connect many villages in the surroundings.

However, some of these villages are still not well connected. Sometimes the tour is completed by Mototaxi. In short, you have to have some time. Don’t hesitate to ask before engaging to a trip with the mototaxis.

Accuracy: moto-taxis are prohibited in Chachapoyas. This creates a real difference with cities like Piura or Tarapoto, where these vehicles are ubiquitous and in general are very noisy.

You can always try to hitchhike. Peruvians practice it regularly, but especially for short distances, at the end of the week-ends, when the collectivos are always full and the night is approaching. However, we advise to be very careful about the places where you practice hitchhike and above all not participating in this type of adventure alone, especially if you are a girl.

You can rent all-terrain-bikes to take a ride around Chachapoyas. There are many trails around, and the scenery is very beautiful.

Keep in mind a couple of things: none of these trails have been planned for mountain-biking and you should drive carefully because of the pedestrians, or even some cows on the way.

Cars are not accustomed to sharing the road with bicycles; in addition, dogs are not all locked in properties. Be aware that you might face a small chase with one of these canines that are on your heels. Many will try to plant their fangs in one of your calves.

Personally, I love this transport; I take a ride sometimes, but always with caution.

And what about the car ?

If you want to drive yourself in Peru, no problem. The rules of the circulation code are quite similar to ours. The difference may be in compliance by the users. Yes, you have to be very careful with the Peruvian roads, expect the unexpected, as they say.

Nowadays it is not possible to rent a car in Chachapoyas.

After all, sometimes it is convenient to keep in mind the possibility of taking a private driver.

An experienced and responsible person with a new car in good condition, and no speedy on the raod, can be a good alternative to do several hundred kilometres independently and enjoy the scenery? You can take pictures whenever you want, discover a little restaurant which the driver can suggest you.

The car that you will most probably use most while being in Chachapoyas (when not walking) is certainly a taxi. The price is fairly cheap and taxis are more enjoyable that in Paris.

And taxis are desperate to complete its mission. Aha! Well here is one of the many mini-taxis of Chiclayo.

Amazonas, a region to be discovered

In conclusion, there are several ways to reach to the Amazonas region, and move around Chachapoyas. Just make sure to have time for transportation and for a better immersion into the region.