We arrive in the morning at the hotel Los Horcones de Tucume, situated just 30 minutes outside of Chiclayo in Northern Peru. Helena is there to meet and greet us. She will be our teacher for this cooking class Pachamanca. First she tells us everything about the Mochica Cooking, which is called La Pachamanca. It consists in cooking ingredients that had been marinated for at least two hours in a clay pot in a big adobe oven.

We start with the preparation of the meat 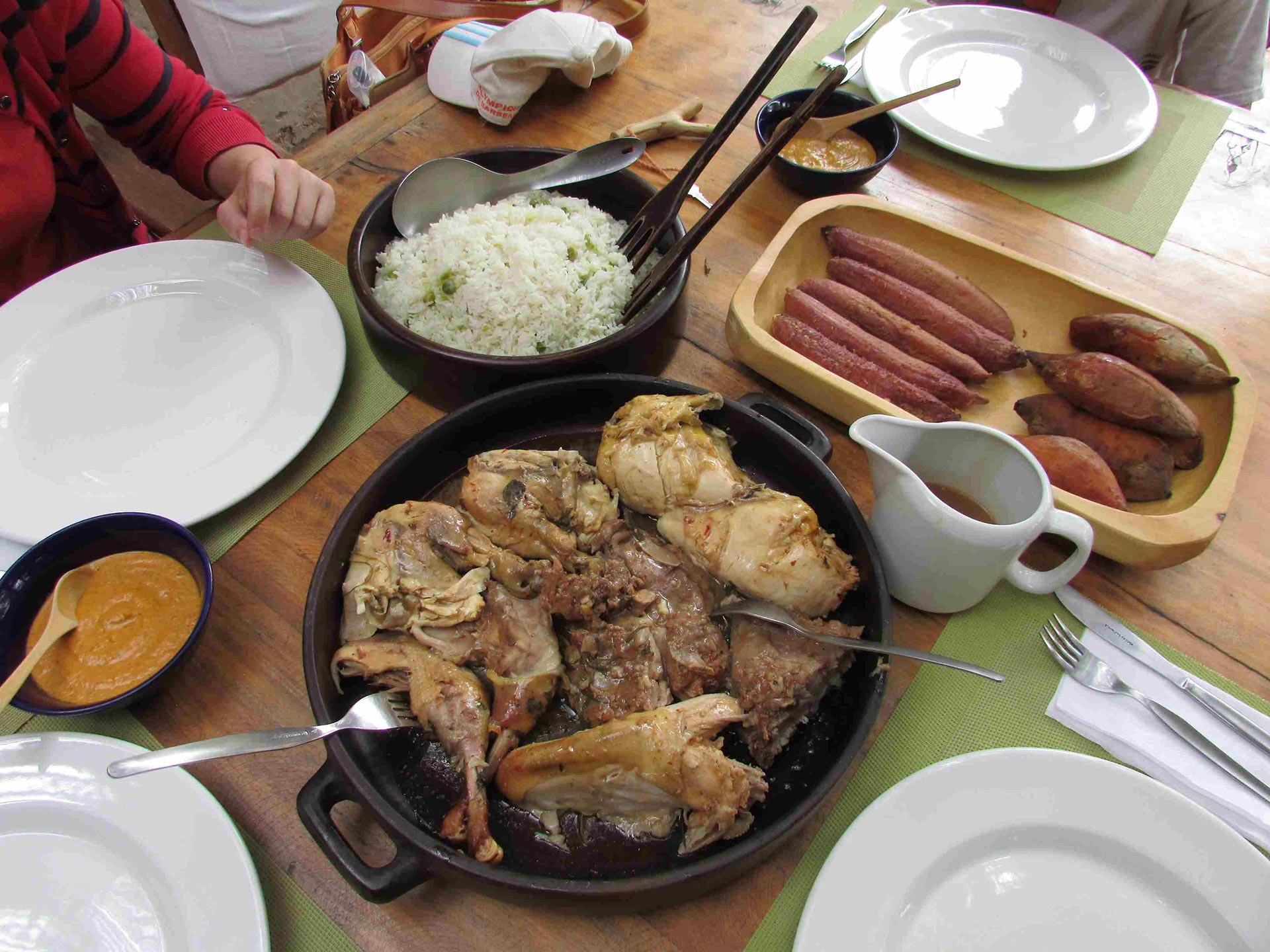 We continue with the vegetables

After the meat, we prepare the vegetables during our cooking class Pachamanca. In another clay pot we put the sweet potatoes and the plantains, still with their skin.  The peppers will be cooked aside in still another pot, and we will use them to make a Aji-Salsa with peppers.

As we are only 4 people, we won’t cook in a big hole in the garden, like for the traditional Pachmanca. Our Pachamanca is cooked in a traditional adobe oven. It is already heated up with wood. After the 2-hour marinating time, we put our three clay pots in the oven for cooking. We close the oven in front as well as the aeration on the side.

Two hours later, we open the oven again, the smell is fantastic ! Helena puts all the ingredients on nice serving dishes. We enjoy a great lunch in a calm and relaxing ambiance. 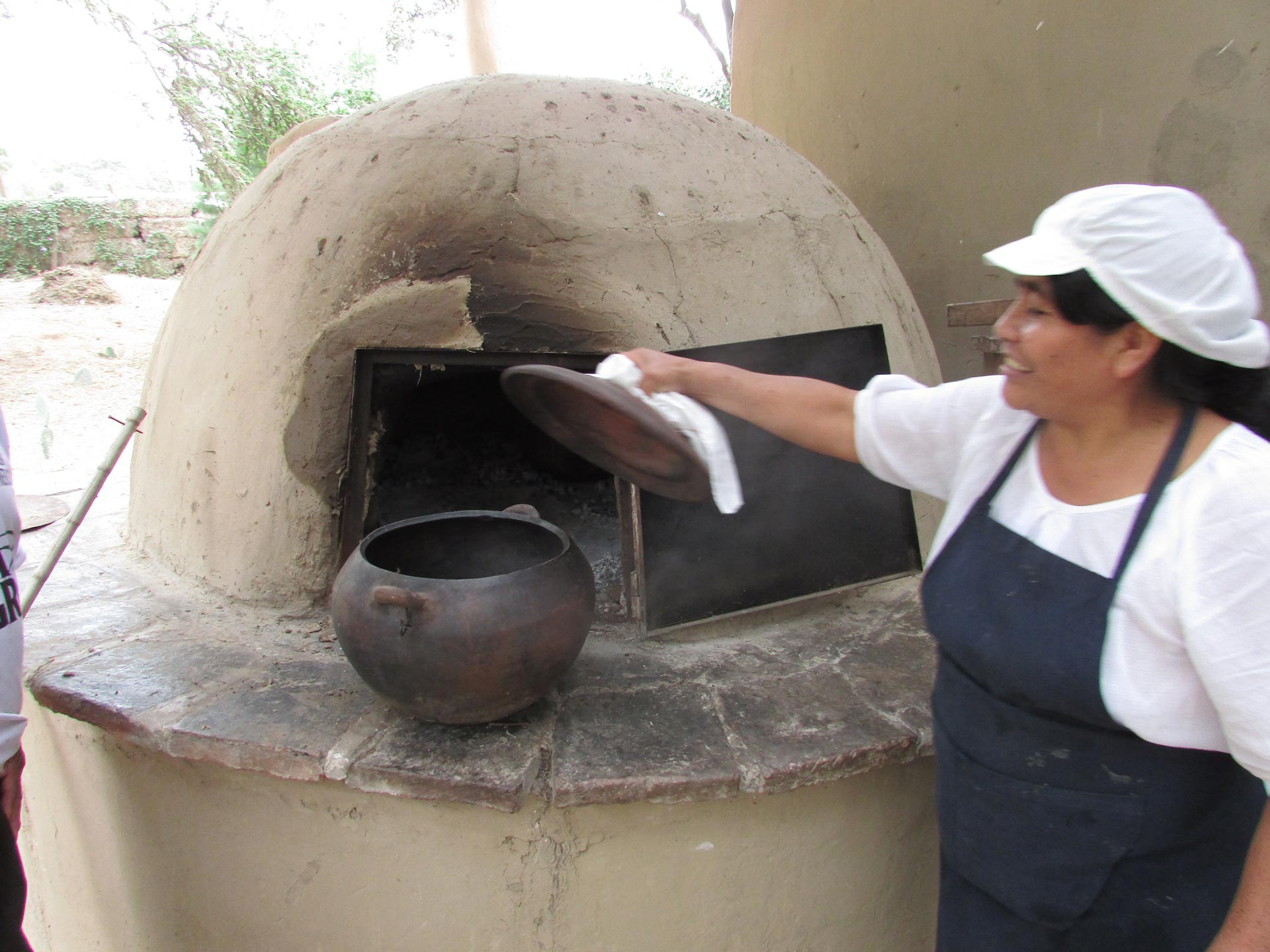