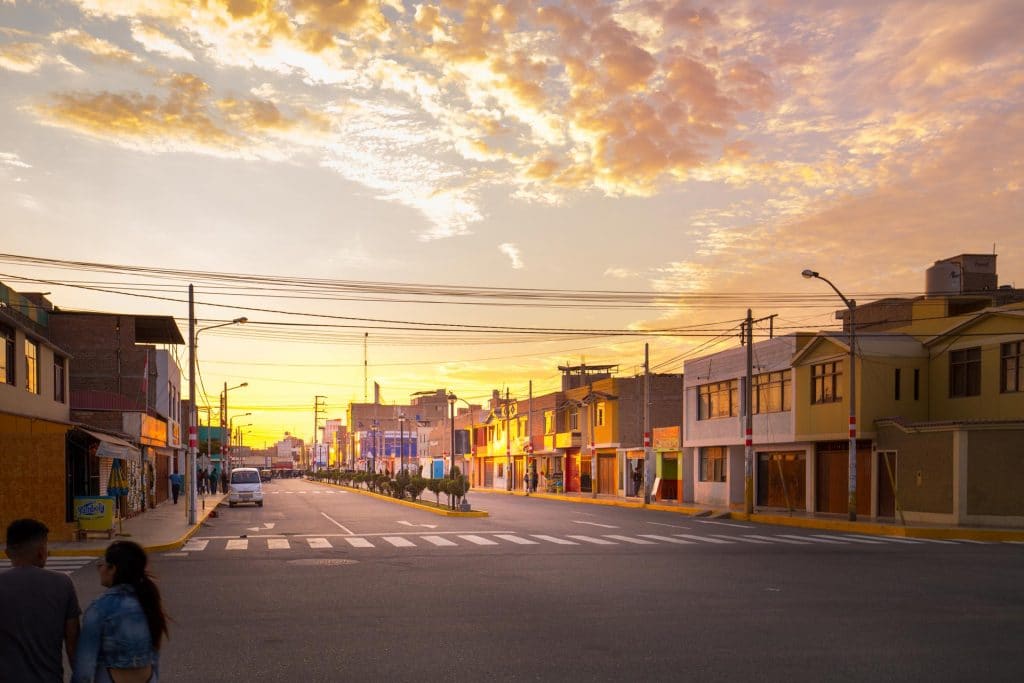 The essentials of Chiclayo

Chiclayo is the capital of the Lambayeque region, on the north coast of Peru. It is also the fourth largest city in Peru, after Lima, Arequipa and Trujillo. It is nicknamed “friendship capital” for the kindness of its inhabitants.

Where does the name Chiclayo come from ?

There are several theories about the origin of the name Chiclayo. According to some, the name of Chiclayo would have been given to the city, because a green fruit grew in abundance: “Chiclayep” or “Chiclayop”, would mean in Moche “place where are green plants”.

Others say that this name comes from a kind of pumpkin called “chiclayo” by the people of the mountain of Cajamarca.

A third version says that it is a word translated from Muchik. It would derive from “Cheqta”, which means “half” and “Yoc”, which means “property of”. This would mean “land in the middle of common property”. 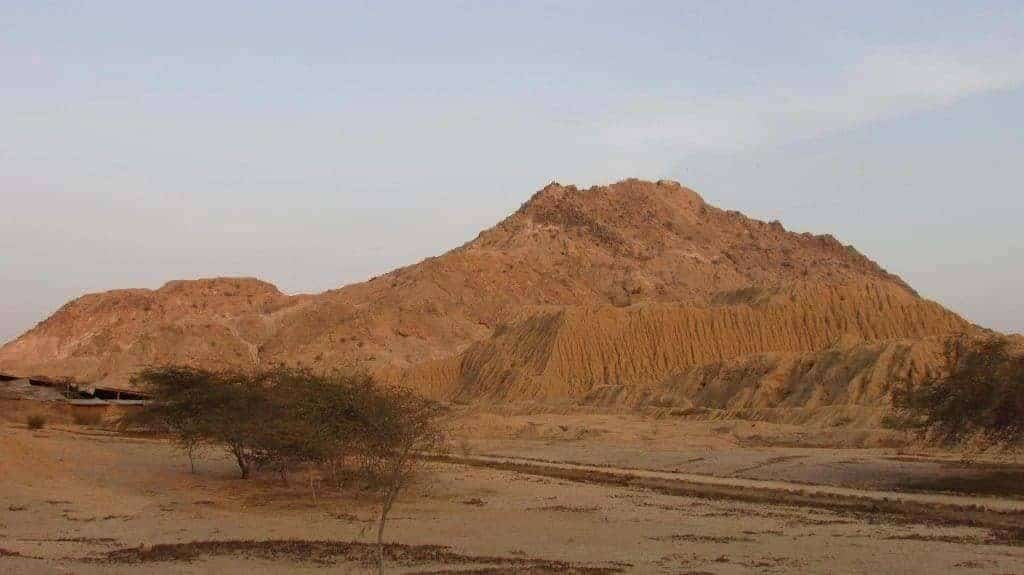 The creation of the city

It was founded in 1720. In 1827, President José de La Mar issued a decree to be considered a city. In 1835, the government of President Colonel Felipe Santiago Salaverry granted him the title of “Heroic City”. Today, we know it as the capital of friendship.

What to do in Chiclayo ?

In the center of Chiclayo, you will see many republican buildings. But you will also enjoy the stores, present in quantity. Around the Plaza de Armas, there are the cathedral, the Hotel Real, the Tropical and Colonial Cinema Theater.

Located in the Plaza de Armas, its style is neoclassical with its dome and two towers. The plans were designed by Gustave Eiffel in 1869. However, it was built after his death.

It is located in the north of the Plaza de Armas, on Calle San José 823. Its construction cost 30,000 pounds of gold and took place in 1919. It is Republican style with large windows and wrought iron doors.

It was destroyed during a fire caused by the political dispute between the then mayor José Barreto Sánchez and the former mayor Arturo Castillo Chirinos, who wanted to recover this position by presenting the case before the constitutional court, two months of new elections. During the latter, in October 2006, Arturo Castillo Chirinos was elected. The palace has been restored and now serves as a museum.

The Chapel of La Veronica

Built at the end of the 19th century, it was declared a national historical monument in 1987. The altar and the altarpiece have a cover of silver and gold leaves.

It is located on Calle Torres Paz 294.

The Basilica of San Antonio

San Antonio de los Padres Descalzos de Chiclayo dates from 1949: it has a modern and simple architecture. The main nave is wide, with arches.

It is located between Torres Paz Street and Luis Gonzales Avenue.

It was the first place the traveler saw when they got off the train at Eten station. It is the work of the Peruvian sculptor David Lozano and was erected in honor of the commander Elias Aguirre, hero of Chiclayo during the battle of Angamos in 1879.

They are located between Elías Aguirre and San José streets.

The market of magicians

This is where you can find herbs, spices, bones and dried plants that are used during shamanic ceremonies.

It is located at the intersection of Juan Cuglievan Street and Arica Avenue.

The walk of the Muses

In the center of the city, you can walk in this garden built around mythology. It is nice to walk there, many people are also of this opinion.

Museum and Pyramids of Tucume

This archaeological site is 40 km from Chiclayo. It has over twenty pyramids, but suffered erosion. Its museum traces its history and allows you to discover the culture of Lambayeque.

The entrance fee is 8 soles. The visit takes approximately 1 hour.

Our complete article to discover the pyramids of Túcume and its museum.

It is one of the best museums in Peru. The treasures on display are of incredible archaeological value. You can admire more than 2,000 objects of gold, silver or copper Moche, jewelry and ceramics. All the parts of this exhibition were found in the tomb of the Lord of Sipán.

Admission is 10 soles and the visit lasts at least 2 hours.

Our full article to discover the museum of Tumbas Reales. 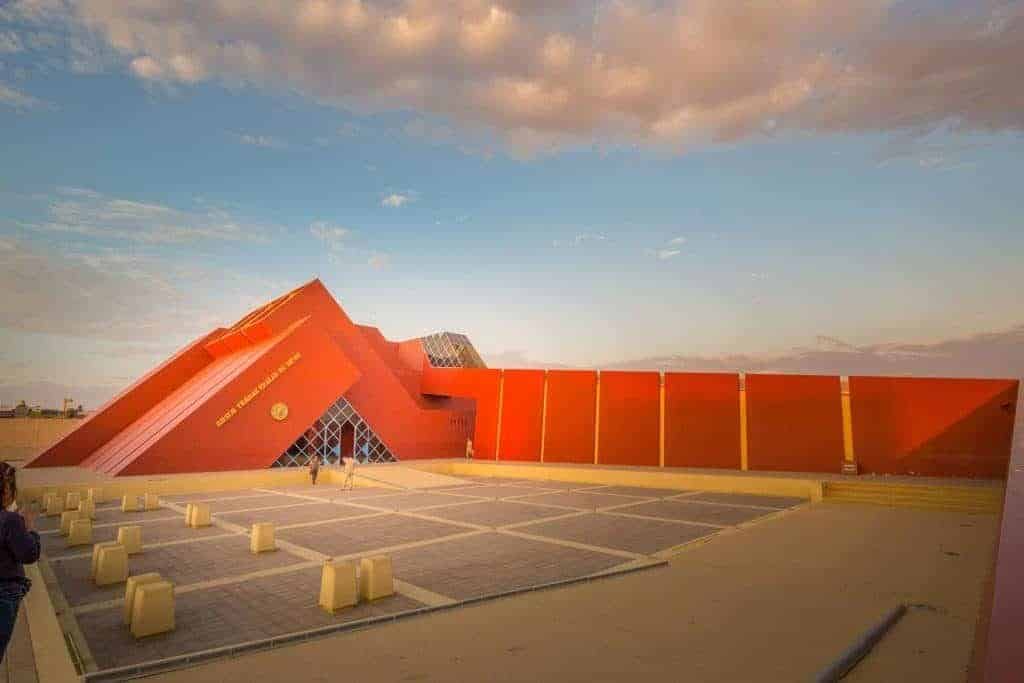 It is 30 minutes from the center of the city. The museum exhibits funerary objects found in tombs of the Sicán culture, including many jewels of gold and the crown of the buried lord. 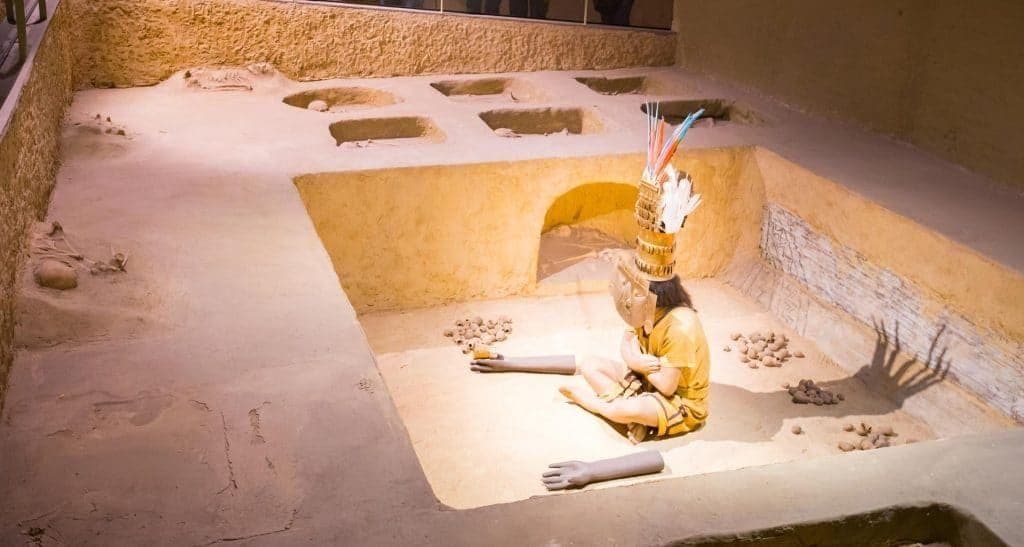 There are more than 1,400 archaeological pieces. The objective of the museum is to offer a vision of the evolution of the cultures of the north coast of Peru.

The entrance fee is 8 soles and the visit lasts 1 hour.

Enjoy nature and discover the nearby nature reserves. The Chaparri Reserve is one of the first private conservation areas that appeared in Peru. It has a great diversity of birds, but you can also see llamas or spectacled bears. 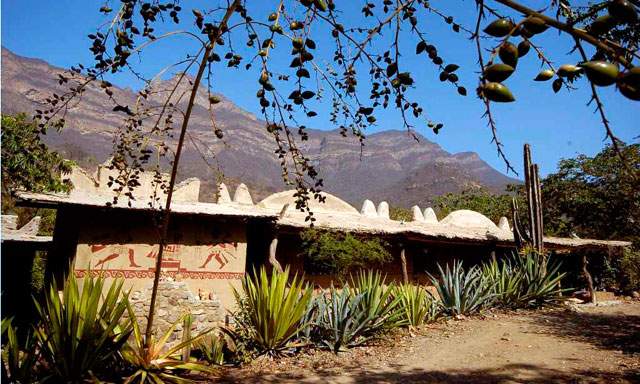 It is only 13 km from Chiclayo. You can go there to enjoy the beach and admire the traditional boats that fishermen always use.

The region of Lambayeque is known for its King Kongs, it is pronounced King Kones, a very sweet and creamy pastry that Peruvians love.

Another specialty: the Peruvian Céviche, very fresh and spicy 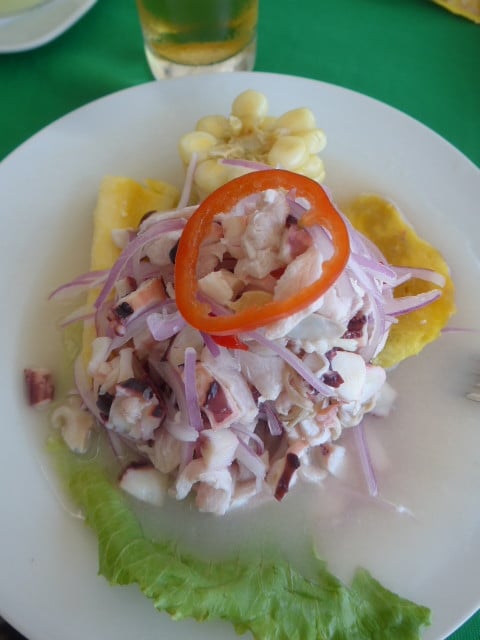 Chiclayo has an airport and there are direct flights from the largest cities in Peru.

By bus, it is about: