After one week of agitation, the city of Chachapoyas regains its tranquillity this Monday morning. In fact, the annual festival of the Chachapoya’s Raymi Llaqta just finished with a traditional parade of the colourful communities of the Amazon region. This festival is the perfect opportunity for the forty communities to be able to maintain and promote their traditions.

Above all, remember that the city of Chachapoyas, capital of the Amazonas region in Northern Peru is named after the people who lived in the mountains of this Andean area over 1000 years ago. Great builders, the Chachapoya remained hidden for a very long time behind its huge stonewalls, located at over 3 000 meters altitud.

Their name first appeared in the Spanish chronicles of the sixteenth and seventeenth centuries, but they are quickly forgotten by history in favour of the radiant Inca civilization.

The discovery in 1843 of its fortress in the clouds, Kuelap, sheds light on the talent of its builders; they have nothing to envy the Incas. Kuelap is proudly nicknamed “Machu Picchu of the North” by locals. 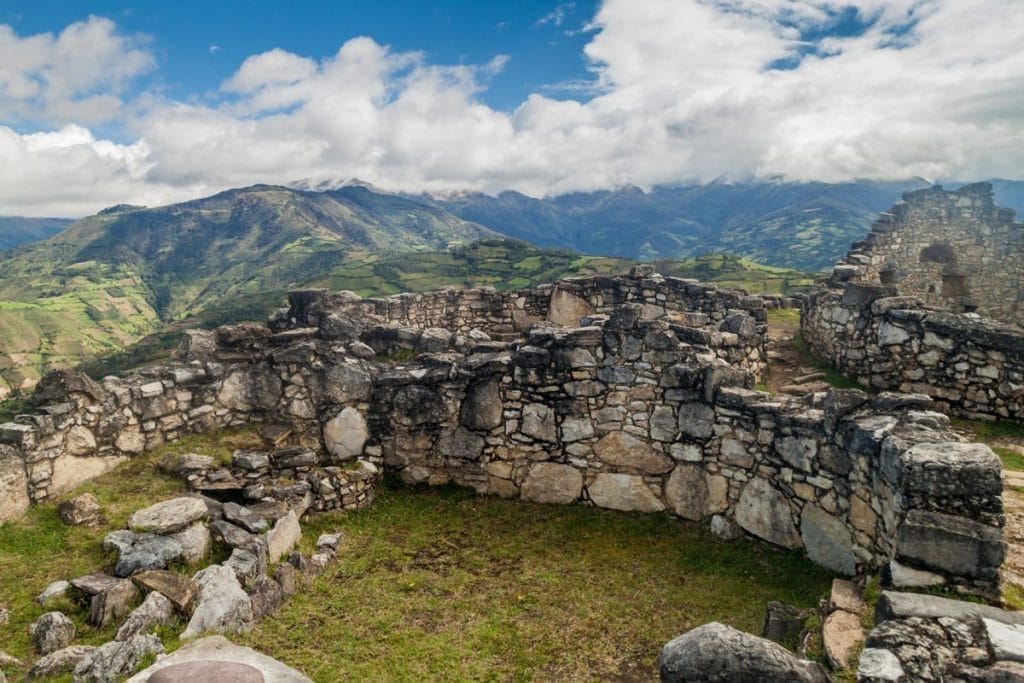 But the Chachapoya were also great warriors. The name also means “cloud warriors”, a name that that the Incas gave them.

Under the command of Emperor Tupac Yupanqui, the Incas would conquer the Chachapoya in 1475, after a gruelling campaign. But the domination of the people of the Sun did not diminish the ardour of the Chachapoya. They joined the Spaniards to try to overthrow the rule of Atahualpa, the last Inca.

The Chachapoya culture remained unknown for a long time. Numerous archaeological discoveries of the twentieth century, as the Sarcophagis of Karajia or Revash mausoleums allow today to discover this fascinating civilization.

If you like to combine culture and festivity, we can only recommend attending the Raymi Llaqta celebration! 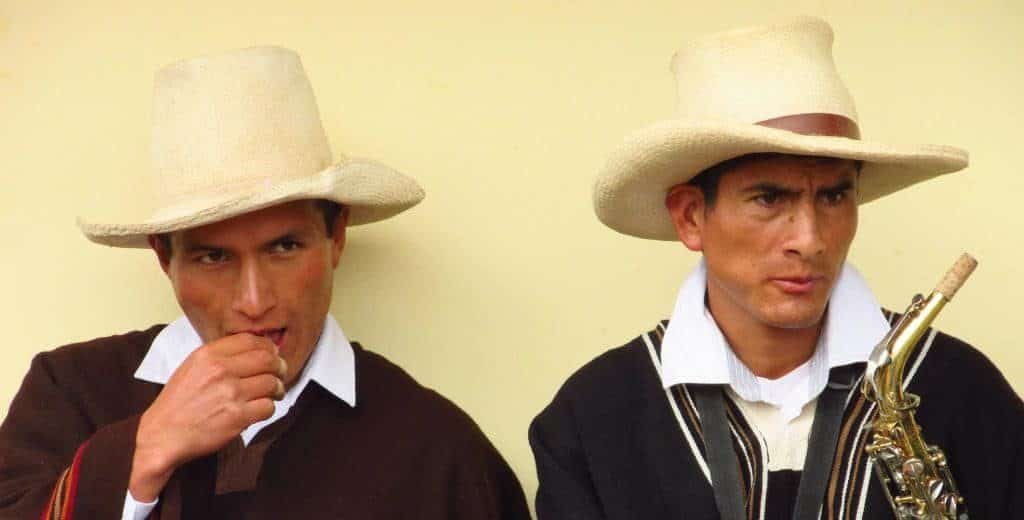 The celebration: Colours, music and dancing !

The Raymi Llaqta is traditionally held at the beginning of June and lasts a whole week. If you like to sleep in, it’s not the right place for you – the festivities begin at 5 am!

This is an opportunity for each district of the region to parade in their traditional costumes. Or to have curious visitors taste local specialities. Many activities allow tourists and locals to enjoy this rich and diverse culture. This year, visitors could enjoy an exhibition of photography or a night of stories and legends. 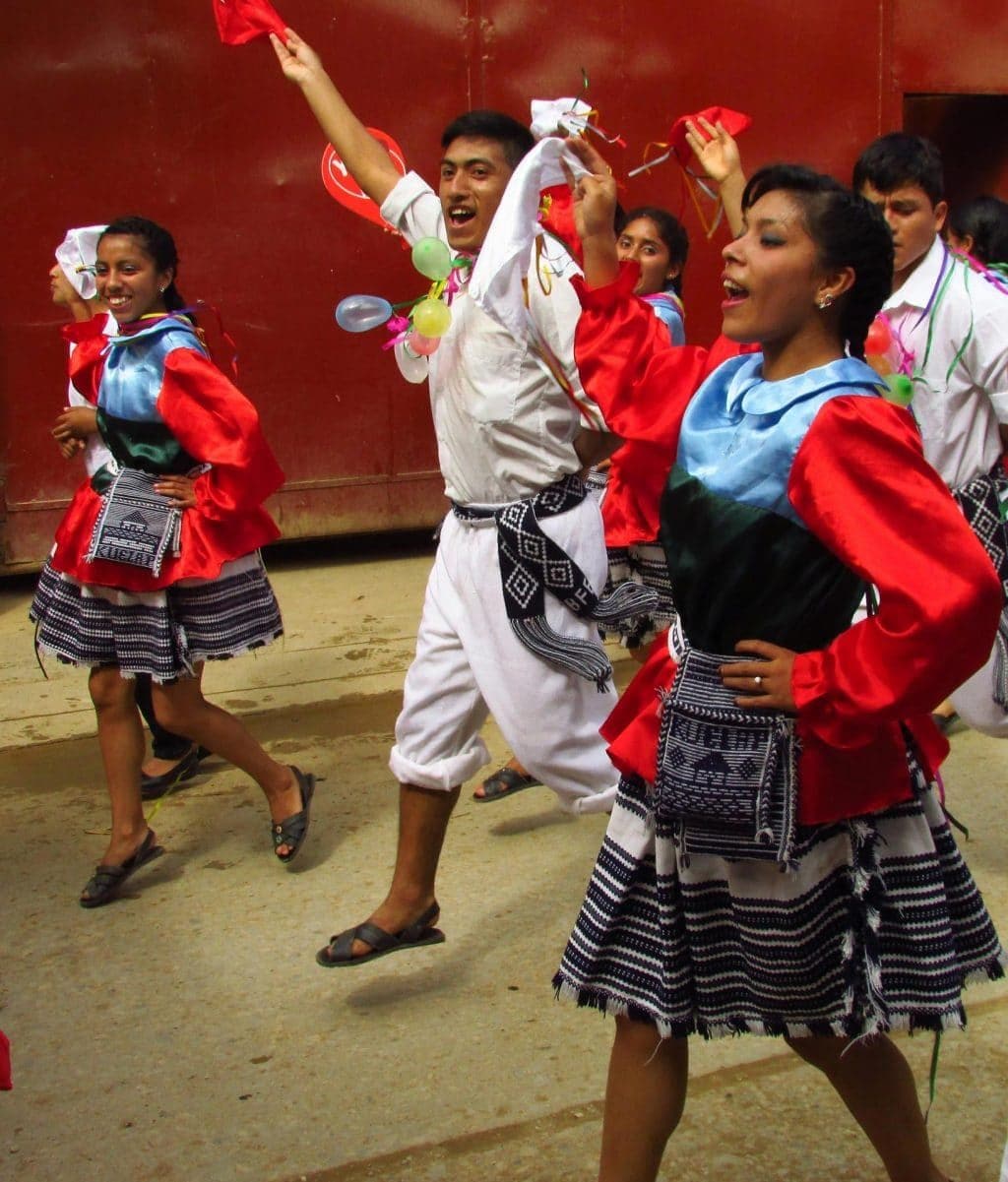 But it is during the big parade on Saturday morning that the city is adorned with a thousand colours. To close the festival week, some forty native communities in the region – Yambrasbamba, Pomacochas or Condorcanqui to name a few, gather in festive costumes for a parade to the rhythm of the “bandas”, music groups accompanying the parade. 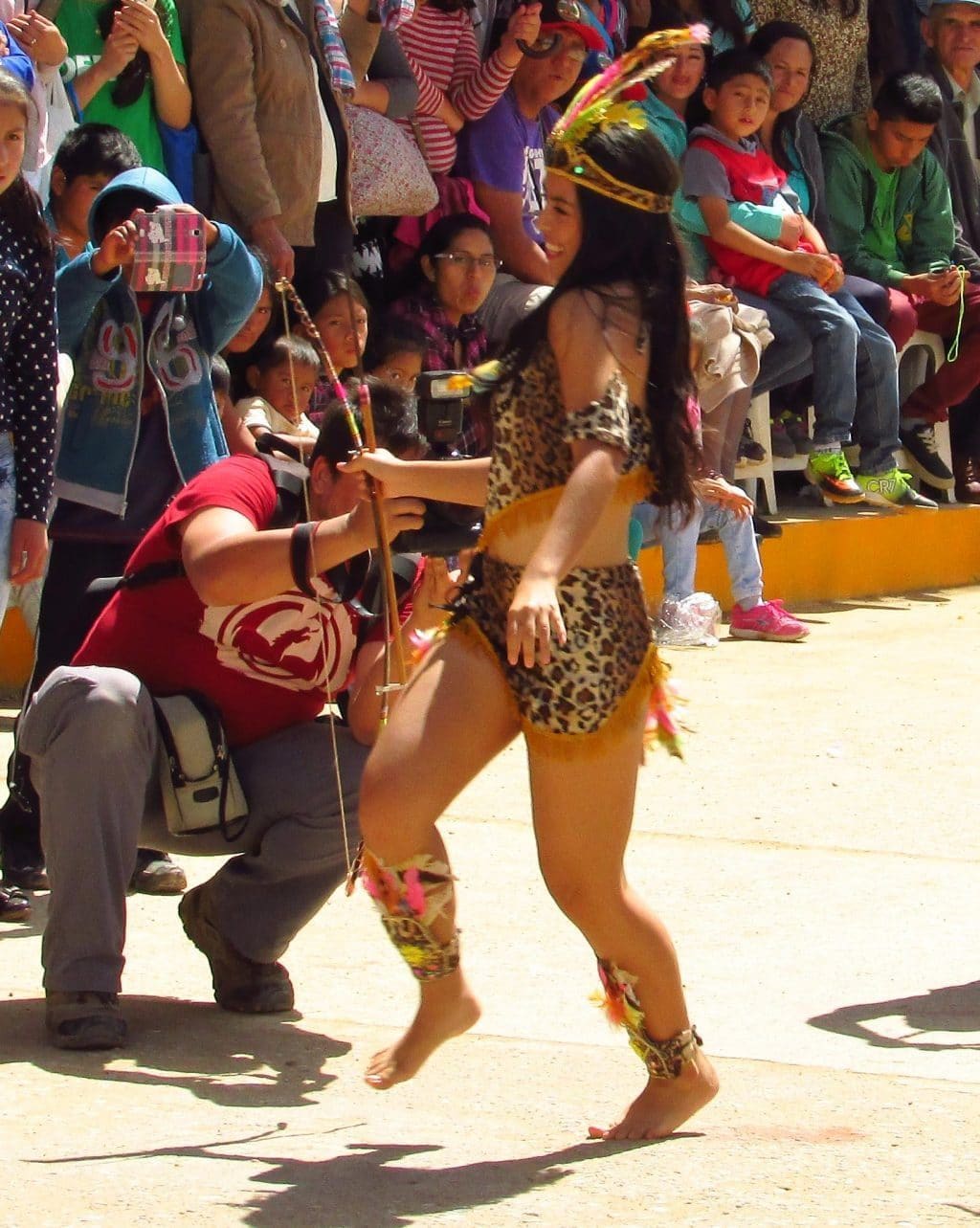 Again, it is better to get up early if you want to see the parade from the starting point on the heights of the city. There is nothing better than a little walk up-hill in the morning!

Arriving at the meeting point, we discover the crowd in traditional costumes. Different communities are sharing a breakfast or putting the final touches. After a final repitition (and a little confusion) everyone eventually finds its place in the parade. We start our way down the road in high spirits. They are already some people cheering on the sides of the streets. But there is a real crowd waiting for the communities at the Plaza de Armas. Here they perform a real victory parade around the Plaza, accompanied with applause from the audience. 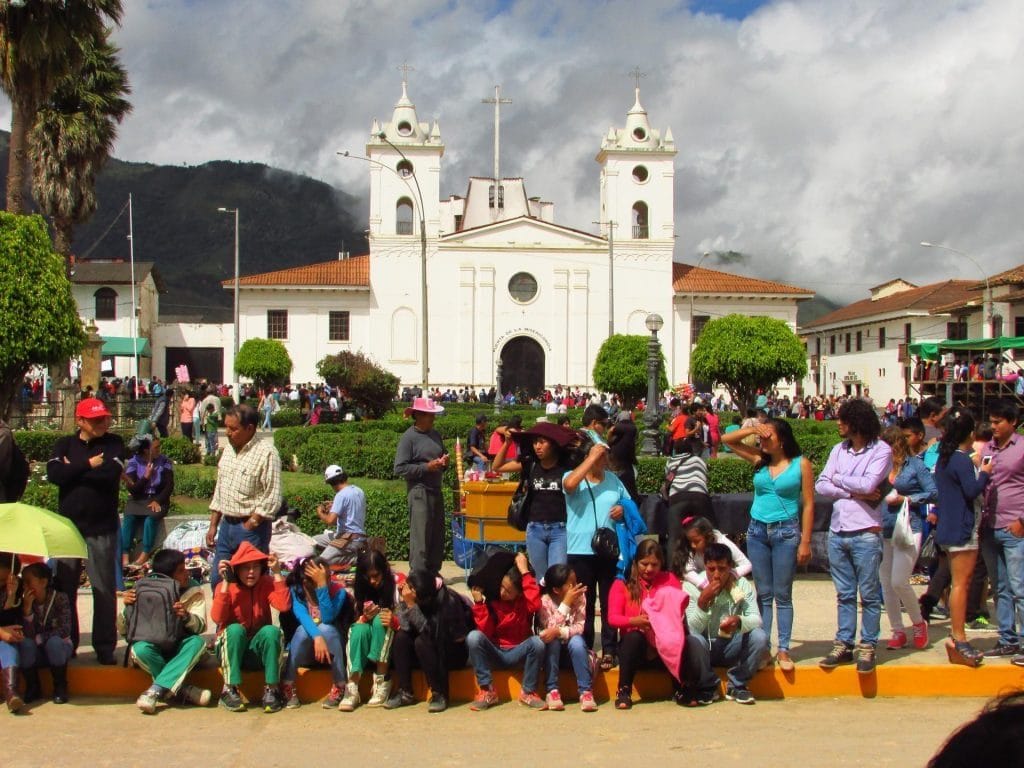