This is the article of Jhon Garcia, who is working with us as an official tour guide. He loves archaeology and sharing his knowledge with our clients. Today he tries to give a little light on the origine of the Chachapoya culture, situated in the region of Amazonas, in the Andes in Northern Peru.

Who were the Chachapoya?

We always ask ourselves the same question and each tourist asks them to us. We haven’t a definite answer about the origin of the Chachapoya culture.

The first evidence goes back to 8,000 years B.C., but the Chachapoya culture would form from the second half of the first millennium of our era. The most ancient vestiges have no connection with this culture.

The origin of the Chachapoya culture is still unknown, but according to two researchers:

Throughout this article, we use Chachapoya to describe the ancient culture and inhabitants of the region. Chachapoyas refers to the territory, the department capital, and the province.

According to three great researchers of the Chachapoya culture (Peter Lerche, 1995; Inge Schjellerup, 1997; Federico Kauffmann, 2001), the culture of the Chachapoya had its beginning in the Middle Horizon, between the years 900 d.C., until the arrival of the Incas in 1470 approx., in the jungle or High Amazonia.

Its territory was approximately 300 kilometers, from north to south between the regions of Amazonas, San Martin and La Libertad, divided by Marañon river to the north and west, and the east by Huallaga river.

The Chachapoya throughout their territory were organized in “ayllus” (communities). The ayllus were formed by two social classes, the main class, and people. The architectural evidence shows us that main buildings of the Chachapoya culture were productive, administrative and religious centers as Cerro Las Cruces, Kuelap, Olan, Pajaten and Purun Llacta.

Collapse of the Chachapoya

In this new stage according to Lerche (1995), the native Chachapoya population was brutally exterminated. Archaeologists estimate that the Chachapoya were approximately at least about 300,000 or maximum about 530,000 inhabitants.  50 % of the population had been distributed around the Tanhuantinsuyo, leaving only about 207,000 inhabitants.

The Cultural Legacy of the Chachapoya

The Chachapoya had undergone a big cultural change with the Inca conquest and then the Spanish arrival. After two hundred years 90% of the native population had disappeared by the contact with the Spanish.

A Town with a Great Tradition

The people of La Jalca is the best example of syncretism in the worldview and Pre-Hispanic and colonial ways of life. There are many customs and objects that refer to both stages.

Also, it is possible to see men and women wearing traditional Hispanic dresses. Women are dressed in black color clothing, a girdle at the waist and a headscarf on the head and a saddlebag over their shoulders. The men continue to wear the traditional poncho and saddlebag. Another custom that has been preserved since Pre-Hispanic times is the “sople”, it is a network that allows carrying the load in the back. 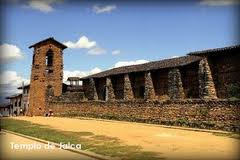 The ceramics of the Chachapoya culture are characterized by its simplicity, such as pottery, pitchers and tripod bowls. These pieces were molded with the fingers or made of clay rolls. The decoration is simple with dotts, incisions, and prints.

Nowadays the Huancas ceramics stand out. In this village, the pottery is still made in a traditional way. The inhabitants of this place come from the Mantaro Valley.  Their ancestors were moved by the Incas to this place when they conquered the Chachapoya.

The Huancas village is located 15 minutes outside the Chachapoyas city. You can go by car or colectivo bus and visit the craft workshops and the Sonche canyon.

Despite the time elapsed, Pre-Hispanic instruments such as the huso, “puscha” and the “kallwa” for spinning and weaving are still used.

Pedro Cieza de Leon, a Spanish chronicler says that “the Chachapoya made fine and beautiful clothes for the Incas“. The textiles found in the Laguna de Los Condores show the great artistic and technical skill of the Chachapoya artisans.

Everything indicated that the weaving activity was exclusively female. Nowadays, the traditional production of handmade textiles occupies a large number of women from the Andes region of Amazonas, highlighting a great skill craft. Beautiful and warm blankets, ponchos, saddlebags, and carpets, make up the main items that are produced, becoming a source of economic income for local families (Adriana von Hagen, 2005). 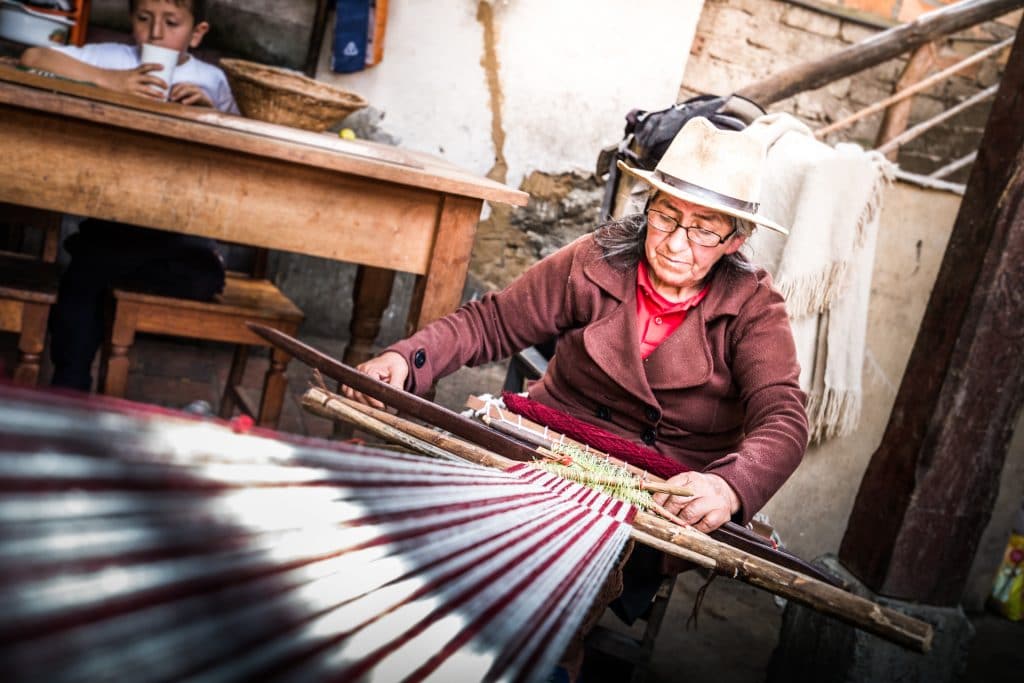 Miguel participated in the rescue of the remains of the Laguna de Los Cóndores. After that, he collaborated with the center Mallqui in the registration and conservation of archaeological materials. It was in those circumstances that he discovered what he had in his hands and continued the tradition of his ancestors to carve wood.

He has specialized in making replicas of wood artifacts. At the same time, he makes utilitarian objects inspired by Chachapoya themes. Part of his mission is to maintain the commitment to recover the forests. This is whay he reforests them to compensate for the wood used in his carvings (Leymebamba Museum).

In Leymebamba he is known as “pica pica” in reference to his constant activity to be using chisels for carving in bullhorn or in wood. This skill and effort was inherited from his father and has been perfected in his life. He makes miniature jewels, representing the animals of the environment. His work is inspired by the materials of the Laguna de Los Cóndores. His products are specially used to decorate the caleros “a type of Pumpkins”, (Leymebamba Museum).

It is the payment or tribute that the devout people give to God, the image of Christ, of the Virgin and other saints in gratitude for some miracle, benefit or when they request some favor. This custom is typical of Chachapoyas and the area south of the Amazon region.

This tradition has its origins in the ancient payments to the land to the Apus. When the Spaniards imposed the Catholic religion, the offerings ceased to be offered to the ancient gods. They then were devoted to God and to the images of the saints. Food and drink are the most impartant part of the Voto. People move from majordomo house to the church together with their family, friends and musical bands with their offerings.  In the atrium of the church, all the objects are exposed. The devotees of the virgin or saint collect them committing themselves to return with more quantity next year. 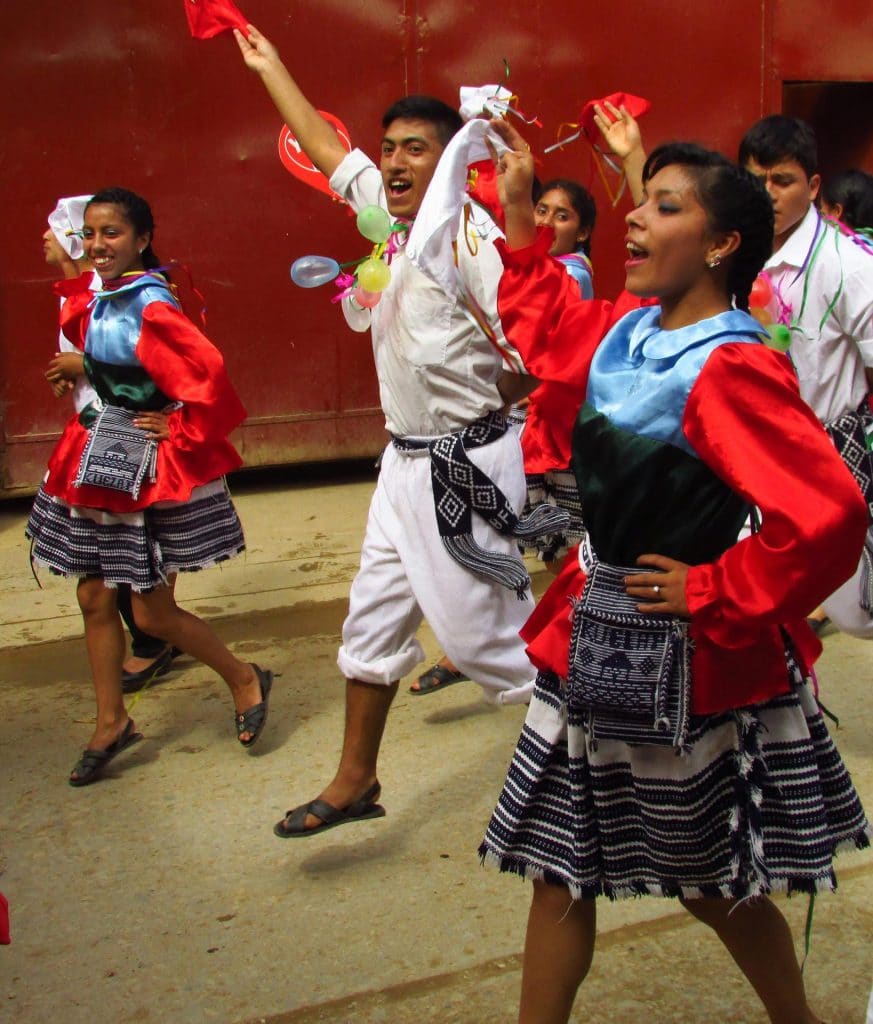