The people of Chachapoyas lived (and still live) in the Amazonas region of northern Peru. This pre-Inca civilization remains little known despite its incredible builders (as demonstrated by the citadel of Kuelap, the “Machu Picchu of the North”) and its formidable fighters. They were the most resistant against the Incas. These “warriors of the clouds” remained in the shadow of the Incas, although after their submission, they tried to overthrow this empire by allying with the Spanish conquistadors.

The tourist week of the Raymi Llaqta makes it possible to discover the history and traditions of the region. Between culture and festivities, we take you with us to discover the region Amazonas in a different way. 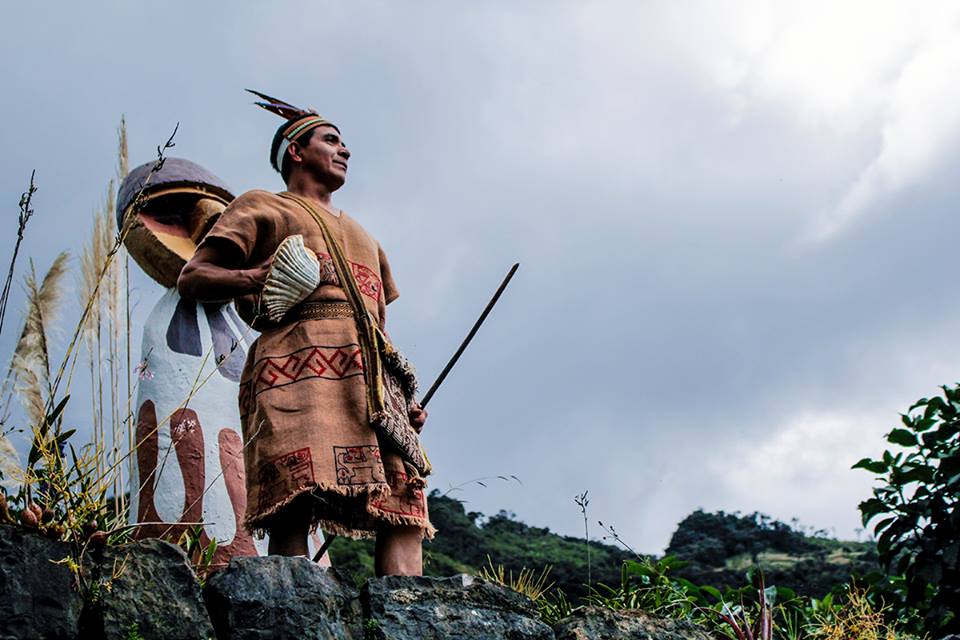 This runway was held in the garden of the Casona José María during which several artists from the region exhibited their pieces. A hundred seats were installed around the center of the garden where flowers and many plants bloom.

A presenter described every creation that was presented. First, the models wore “casual and feminine” clothing, suitable for all occasions: because we all know that wearing a mini dress with a captivating decolleté is casual and we are as comfortable as in our pijamas! But this extravagant moment was quickly forgotten with the continuation of the runway. Then we could admire jewels in fabrics, all of them more colourful than the others. Then came the turn of woven clothing: tops, vests, hats and even bathing suits! Unfortunately, we were in the last row and we did not get to see in detail the sneakers with local motifs.

The runway finished beautifully with polleras, the traditional skirts of the women of Latin America, carried mainly by the native woman. Qarla Quispe with her company Warmichic sublimates these skirts. She travels through Peru to get to know different communities and discover traditional motifs. Their skirts, therefore, are the image of Peru, with colourful and varied patterns.

The Plaza de Armas was full of people who came to watch the athletes cross the goal of the first Chaskiton. The latter made one of the tours that the Chasquis, the Inca messengers used to run, by taking turns in order to send messages as quickly as possible. They ran from Kuélap to Chachapoyas in teams of 5.

An awards ceremony was held at the Plaza de Armas, in the presence of Miss World Peru. The first group, who covered the 70 km in 4h08, received a check of 10,000 soles.

A dozen photos of Michell Léon were exhibited at the Plaza de Armas. Based on the theme “Conservation areas: shelters of life and opportunity”. The exhibition remained in the square all week.

A descriptive text with each photo explained the scenry of the picture – birds, landscapes, moments of life – and presented its unique character. The photographer has emphasized with his work and his texts the beauty and fragility of the Amazonas region: a way of sensibilizing the inhabitants to the preservation of the environment and traditions. 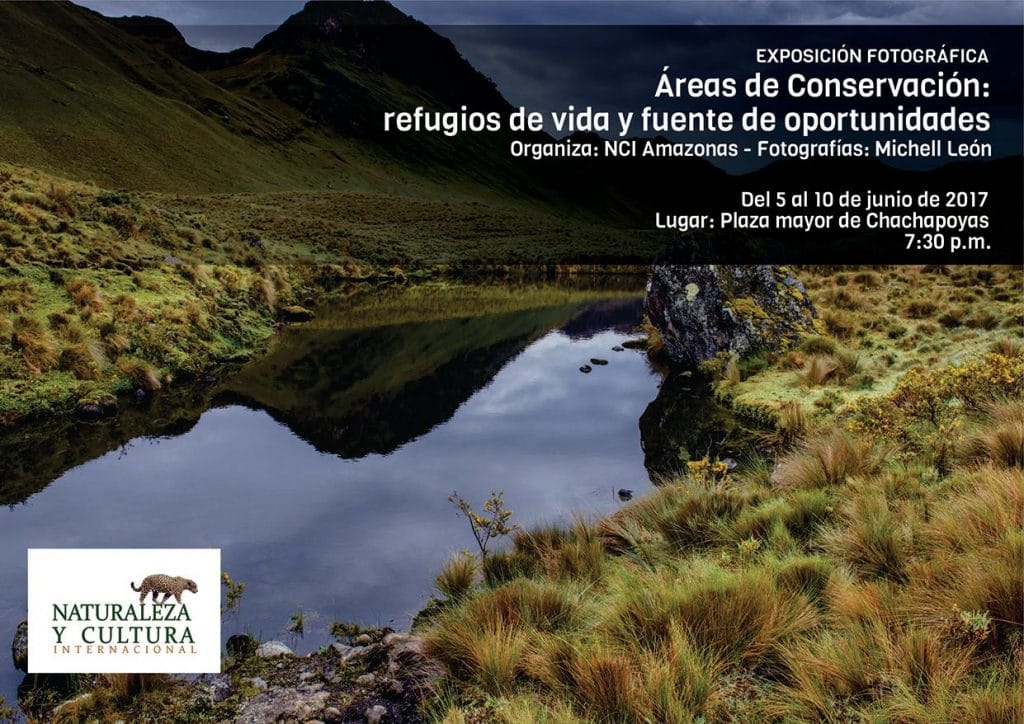 June 6th 2017 – Recreation of the battle of Higos Urco

Las pampas de Higos Urco is a historic place in Chachapoyas. On 6 June of 1821 a decisive battle was fought. It helped to lead to the independence of Peru. Each year, the city pays homage to the fighters and winners of the battle.

This year, the organisors prepared even a re-creation. Like this it was possible to revive this battle by opposing Peruvians and Spaniards. One commentator explained how the confrontation developed before our eyes. One could see the fighters on the ground and a horse under the cannon fire. 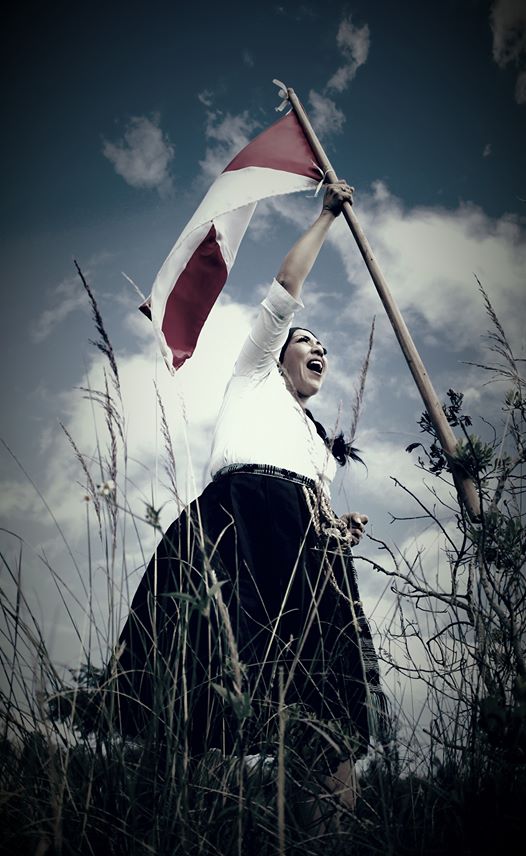 The municipal theatre Felix Castro Chávez opened its doors for theatrical performance, a rarity because usually its usage is as a storage room or as a meeting room.

The piece told the legend of Levanto in an original way. In fact, the first scene introduced a grumpy girl working in a field and a celestial being – still a beginner. The angel introduced the legend of Levanto to the girl causing them to go back in time. Between each scene, she reacted to what she saw, and seized the opportunity to make fun of our angel who still had difficulty mastering his heavenly powers. They gave a touch of humor to the work and made the public laugh a lot.

The scenes that told the legend alternated between discussions, dance, singing, flashbacks and scenes of fight. Everything was cleverly orchestrated to keep the public’s attention awake.

But what does the legend of Levanto say ?

Levanto was a village, 30 km from Kuélap. When the Incas arrived in the area, the Chachapoyas warriors tried to repel them. But the attempt was futile against the army of the Inca Empire, much larger and better armed. When the Inca Tupac Yupanqui met the leader of Levanto and saw his daughter Tella, he fell in love with her and wanted to marry her. But the princess saw in the Inca the evil incarnate, and she was in love from her earliest childhood, of Ashco, one of her father’s best warriors. Unable to reject his proposal, she thought of solving the problem by telling him that she would marry him, if he build a water channel in 5 days that would bring water to Levanto. The citadel was so high that it seemed impossible.

But the girl had not measured the power and strength of the Inca Empire. Putting thousands of men to work, the Inca Túpac Yupanqui managed to achieve this feat in the allotted time. Overcome by panic when she saw that the construction was advancing, Tella had confessed to her father her love for Ashco. Finally, refusing to sell his daughter for a channel, he decided to face the Inca. Furious at this retraction, Tupac Yupanqui attacked Levanto. Only Ashco survived after struggling fiercely. The Inca, impressed by the resistance of this warrior and his people, saved him and promised that his culture would survive.

This is the version that was presented that night. In fact, there are different variants. Some say that Tella’s twin sister took her place and married Tupac Yupanqui, thus avoiding the Inca’s fury.

The Chachapoya culture is an important theme in the region. You could feel this throughout the piece and the fervor of the actors. 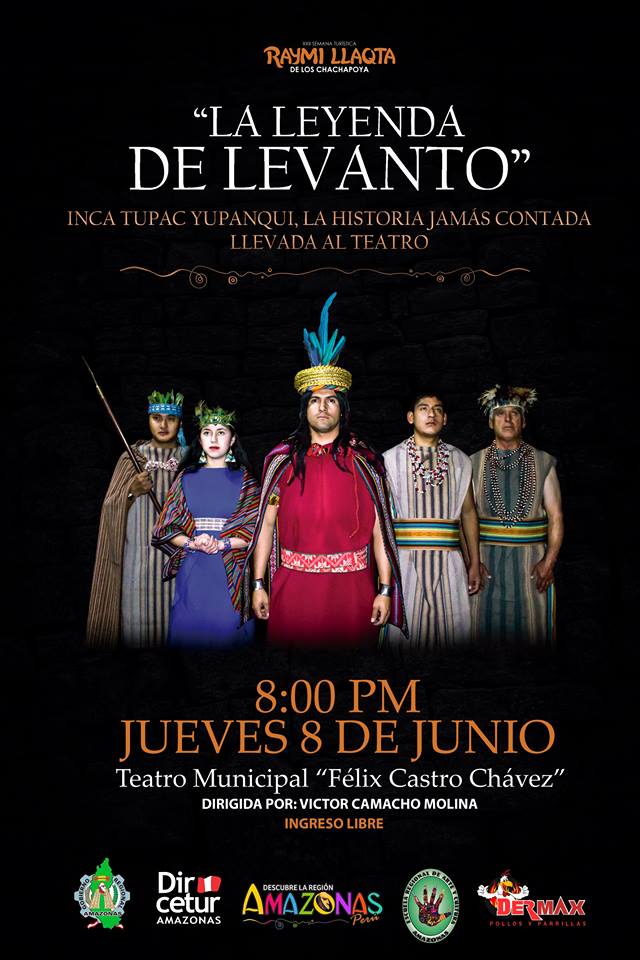 The concert was held in the Plaza de Armas. The Illarek group was formed by three brothers who began to play together very early: Luis, César and Julio Portilla Tuesta. Illarek comes from Quechua and means “dawn“. Through their songs, they want to make us discover Chachapoyas and their culture. But they also evoke contemporary social issues such as social class difference or environmental protection.

The place was packed, although the concert that was scheduled for 9pm, did not start until midnight! In fact, this week of Raymi Llaqta was in Peruvian times: arriving on time made you arrive early, or even too early. But that did not affect the good mood of the audience who sang and danced with all their heart … Because as the title of one of their songs says: “De Chachapoyas soy.”! 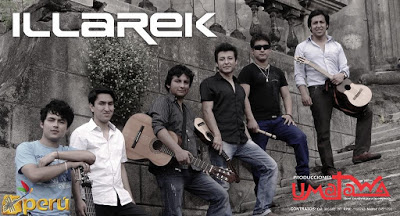 Around the Plaza de Armas was the parade of communities and districts of Amazonas. 49 communities throughout the region sent delegations for the occasion. This celebration allowed to show costums, dances, music and typical songs. The cultural wealth of northern Peru was  celebrated as well. 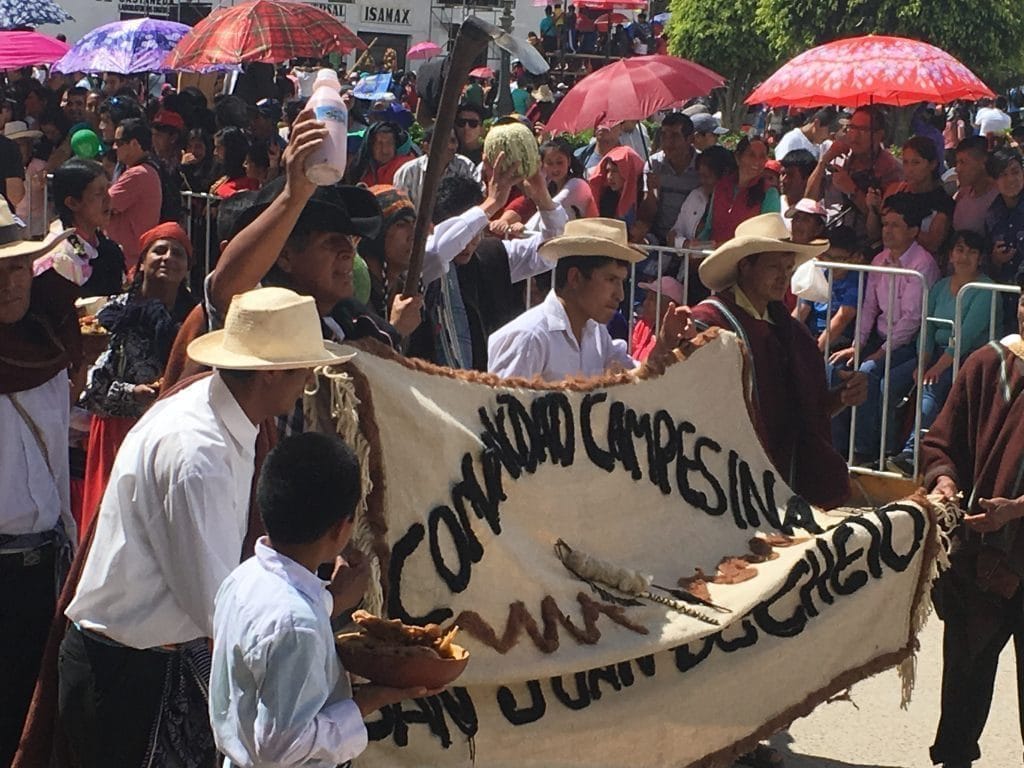 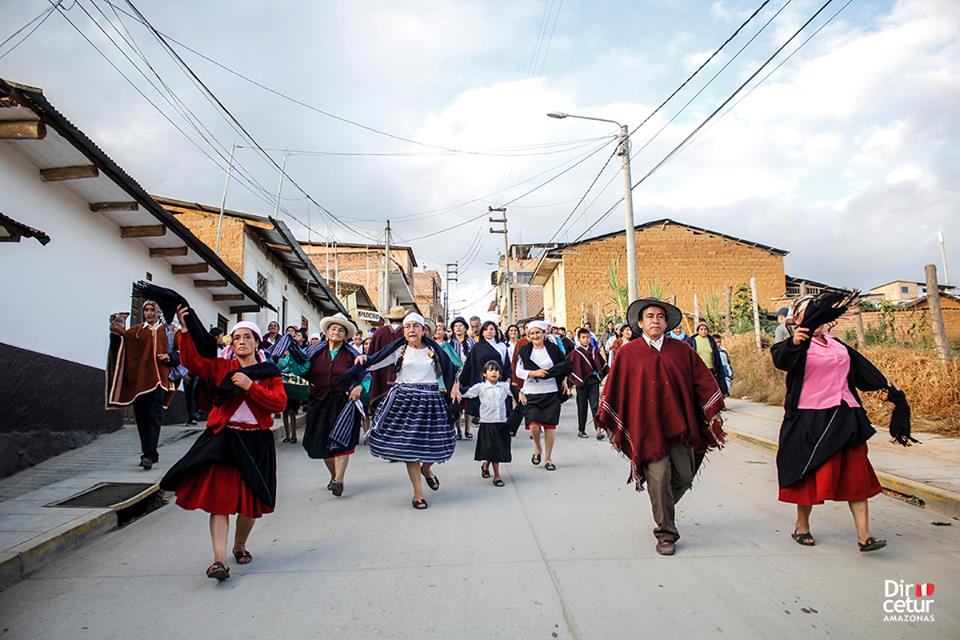 The Raymi Llaqta has been a week of festivities of great variety and undeniable cultural richness. The calm has returned to Chachapoyas, but the region of Amazonas has not finished celebrating its diversity. The festivities of the surrounding cities will fill the coming months!