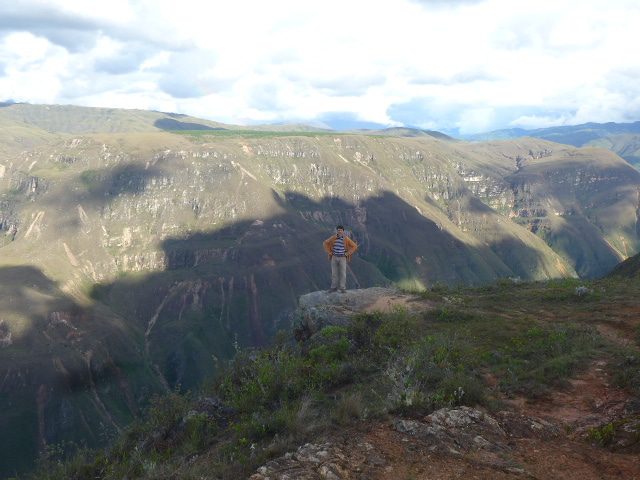 We propose a series of Peruvian legends and we start today with a legend from the region of Amazonas. In Amazonas, the Peruvian Andes region, legends and stories are numerous. Indeed, like many ancient peoples, the Chachapoya transmitted their stories orally. Only later were the legends written.

The following legend is told about the Calla Calla mountain range:

A long time ago a bishop crossed this mountain range on a dashing mule. He was heading for Chachapoyas, accompanied by a native who followed him on foot. In order to go faster and reach the eastern slope, he whipped his mount and said to him: “Giddy up, giddy up! ” The native, visibly frightened, approached the bishop and looked around as if he were afraid of being heard. He put a finger in front of his mouth and said in a barely audible voice: “Calla, calla Monseñor” (Shut up, shut up, my lord).

Without saying another word, he took the queens from the mule. Quickly, the fog invaded the place, the temperature dropped and the feared wind Zarzagán began to blow, accompanied by strong winds which increased in intensity until turning into a storm.

When they were out of the weather, the bishop, a little wounded but piqued in his curiosity, asked the native:
-And … why did you ask me to shut up?
– Sir, when you cross this chain, you do it in silence. Otherwise, she becomes furious, as she just was.

And since then, we have known this channel under the name of Calla Calla.

According to Alejandro Zubiate Zabarburú.