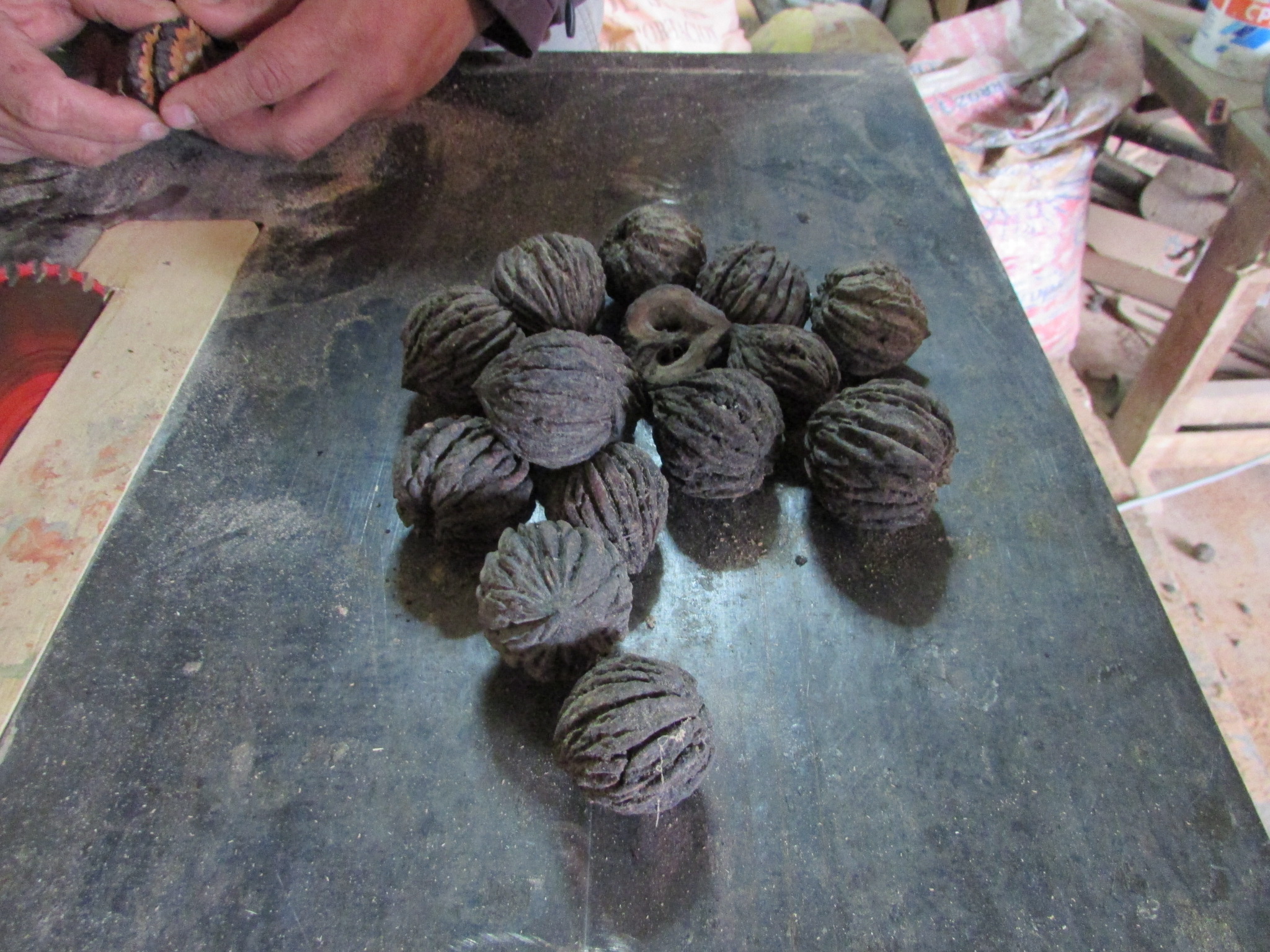 I propose once again to discover one of the craftsmen of the region Amazonas, in the North of Peru. Gerald works a natural product, which is found in abundance in the region: the nut shell. But it’s not just any nut, this one has a shell that I will not invite you to try to break with your teeth. This is the nogal.

Read on and learn more about his passion, how everything started and where he is now ! A fascinating story.

Gerald is based in Chachapoyas, right next to the church of Burgos Square, otherwise known as Plazuela de la Independancia.

He was born 41 years ago in Tingo Nuevo, a village that today is well known for hosting the first cable car in Peru since March 2017. They embark every day hundreds of visitors that came to visit the architectural jewel of the Chachapoyas, namely the citadel of Kuelap.

Gerald has always been interested in art or sculpture. At school, he already sculpts wood.

It must be said that he grew up in an environment that could help his learning of the arts. You have to count on a craftsman dad in addition to being a primary school teacher. Young, Gerald was going to see his father working in his studio. Anaximandro Valdez Torres sculpted stone, used dried leaves … for his original creations.

But it was Gerald, the son, who especially saw the creative possibilities in the nogal nut. This idea came naturally to him. The nogal tree grows in the area, he grew up with this resource all around him.

The idea came by chance one day playing with two nut shells. 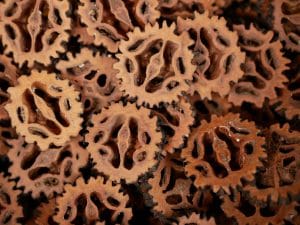 Cut and cleaned nut shells, ready to be used

Around 1997, father and son participated in a contest that generated a lot of interest for these achievements in nogal shell. This had the merit of drawing attention to Gerald’s work.

Gerald, however, abandons the nogal for several years to go to the region of Mendoza, 2 hours drive from Chachapoyas, to plant and produce coffee.

But his passion doesn’t stop on calling him. He starts to let everything go to become totally involved in his art in 2013. 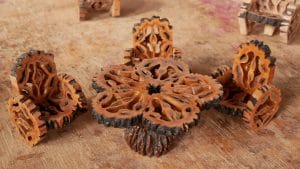 For Gerald, the nogal today is a full-time activity

He even must buy his walnuts today. They come from the region of course, from villages like Maino, Levanto or Santo Tomas. 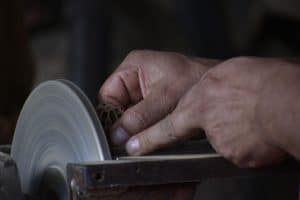 The tools used in the workshop are all made by Gerald: the saw, the electric grater …

I could test these machines: it’s crazy how hard the nut shell can be. Much thicker and harder than that of our walnuts for example.

This hardness results in many possibilities of making objects of respectable size starting from this little nut shell. 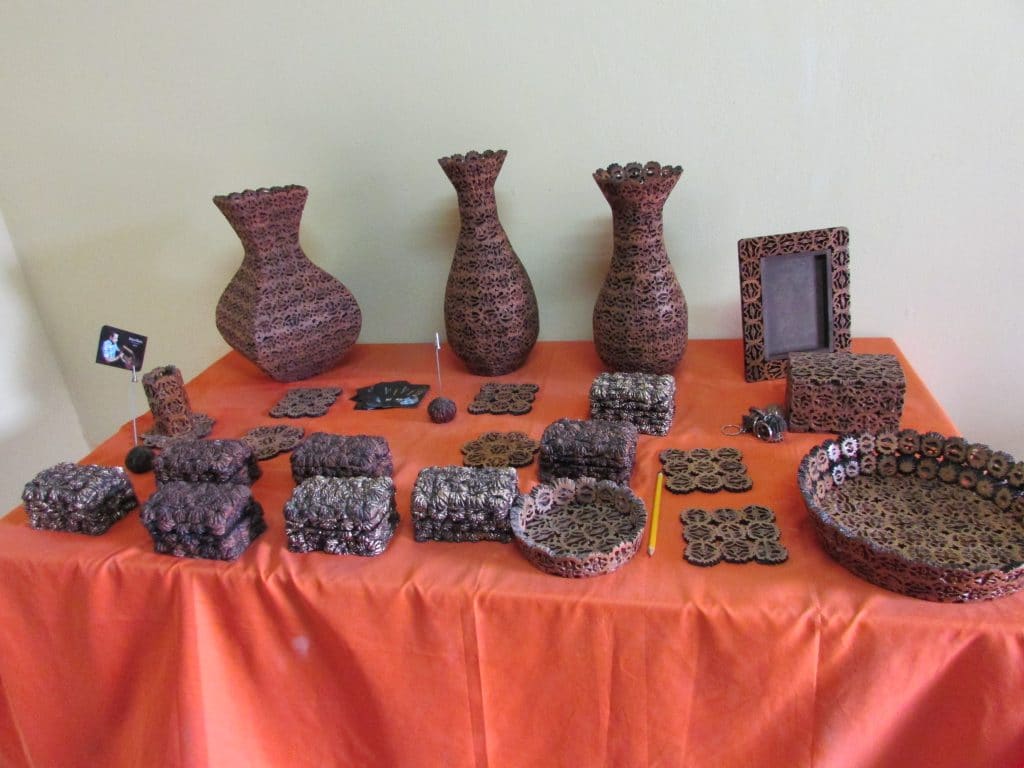 Among the objects that Gerald designs and builds we find lamps, tables, mirrors, boxes, glass holders, towel rails … in short, a whole range of products that can be described as “useful” .

For the future, Gerald wants to think in more artistic or unique objects such as sculptures for example. A beautiful project, a new ambition.

Objects out of nogal: an activity that you can live from ?

Currently, Gerald sells most of his art work during trade shows, during presentations of his items on his own professionnal stand. For example, there is a trade show in Lima called Ruraq Maki, which is held twice a year in July and December.

You can also discover his objects on the website novica.com which is a kind of global trading platform, sponsored by UNICEF and National Geographic.

From this site, you can order the object and pay for it. He manufactures, sends the order to Lima and from Lima, the organization can send it everywhere.

Gerald also invites you to meet him at his home in Chachapoyas and discover this very original material that is the nogal nut during introductory workshops.

He will probably welcome you with a culinary preparation based on – guess what? Nogal nuts of course! 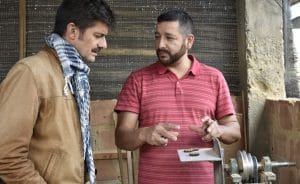