5 archaeological sites to visit in Colombia

Colombia, and more generally South America, is an extremely interesting land from the historical and archaeological point of view. Indeed, pre-Columbian civilizations appeared about 20,000 years ago, and developed in the various regions of the country. The “pre-Columbian” is all that happened before the arrival of the Spanish conquistadors, around 1,500. Most indigenous peoples had chosen to settle around the Andean Cordillera, and on the Caribbean coast. It’s in these places that we find today the most important archaeological sites. Here is a list of those that will surely delight history buffs.

This archaeological park is one of the richest archaeological sites in Colombia. It’s also a UNESCO World Heritage Site. San Agustín is located in the southwest of the country, between Cali and the border with Ecuador.

On this site, you will discover mainly remains related to funerary rites dating from the first centuries A.D. There are many statues very impressive for the time, with sculptures of human and animal forms. There are also funerary chambers and other pits in the park of more than 40 km. This necropolis is one of the most important archaeological in the world.

However, there is still a lot of work to do for scientists who are exploring the site thoroughly. We are not immune to exciting new discoveries in the coming years.

Not far from there, you can also reach the Alto de los Idolos and Alto de las Piedras, two other archaeological sites in the continuity of San Agustín, with stone carvings and tombs for the deceased. To take the time to enjoy these three places, it’s advisable to stay for about two days.

The National Archaeological Park of Tierradentro is just as famous as the previous one, and is also a UNESCO World Heritage Site. It’s located a few dozen kilometers north of San Agustín, in the mountains. For a complete visit, the best is to spend two days on the site.

There are about twenty kilometers to discover the tombs and sculptures, as well as the two museums. The advantage is that not many people come to this place, so you will be pretty quiet for your visit. In addition, the visit of the site is without a guide, so you can go directly to the places that interest you most. The trek is really beautiful, with breathtaking views of the Andes. Along the way, you will see hypogea (tombs), paintings, pottery, and sculptures dating from before the year 1,000. It’s truly the place for history and geography buffs who enjoy outdoor hikes.

Let’s go now to the Caribbean coast, near Santa Marta. The Ciudad Perdida is an extraordinary site nestled in the jungle of Sierra Nevada. It was populated by the Tayronas, around the 8th century.

Because access to the Ciudad Perdida is only done in the presence of qualified guides, descendants of these peoples who still live in the region offer tourists to guide them to this sacred site.

Indeed, you have to travel more than 50 km through the forest over 4 to 5 days, which is impossible without knowing the path and the dangers that this represents. But the difficulty of the trek is well worth the beauty of the stone terraces and sculptures that you will discover. And then, spending 5 days in the Colombian forest is an experience you’ll not do anytime soon, so take advantage of it if your fitness allows it. The site has only been discovered for a few decades ago, and the rather difficult access made it possible to better preserve these vestiges, which look like Machu Picchu.

Only 40 km from Bogota, you can leave for an archaeological excursion in the city of Facatativa. This site once hosted the Muisca population, which was highly developed at the cultural and administrative levels.

It’s known that the Muisca were very good at growing vegetables and cereals, and that they traded with other distant peoples, like the Tayronas. They also contributed to the legend of El Dorado. The most impressive part of the park consists of a large circular stone square. There used to be paintings, but because of looting and damage, the remains are fewer and fewer.

“Little Hell” is close to Villa de Leyva, and was also a territory of the Muisca people. Many dolmens are erected in the earth, a priori without much logic. And yet, archaeo-astronomers have discovered that these immense sites actually represented a calendar related to the stars, which allowed to define the seasons and the solstices.

This shows the advanced technological development available to pre-Columbian civilizations. There are also tumuli, burials, and vestiges of purification rituals. This archaeological park is quite surprising when we look at the issue of the scientific knowledge that the natives had at that time, and when we compare it to other world civilizations.

These 5 archaeological sites are the ones we strongly recommend you to visit during your stay in Colombia. Some are more easily accessible than others, and all have their specificity in terms of time, types of vestiges and peoples.

If you are lucky enough to have some time, go trekking in the Sierra Nevada around Santa Marta, it’s an unforgettable experience of an exceptional cultural and natural wealth. Otherwise, that of Tierradentro is a good compromise between physical activity and discovery of pre-Columbian civilizations.

Anyway, you will have many opportunities to learn more about the history of Colombia and its peoples. Enjoy your visit! 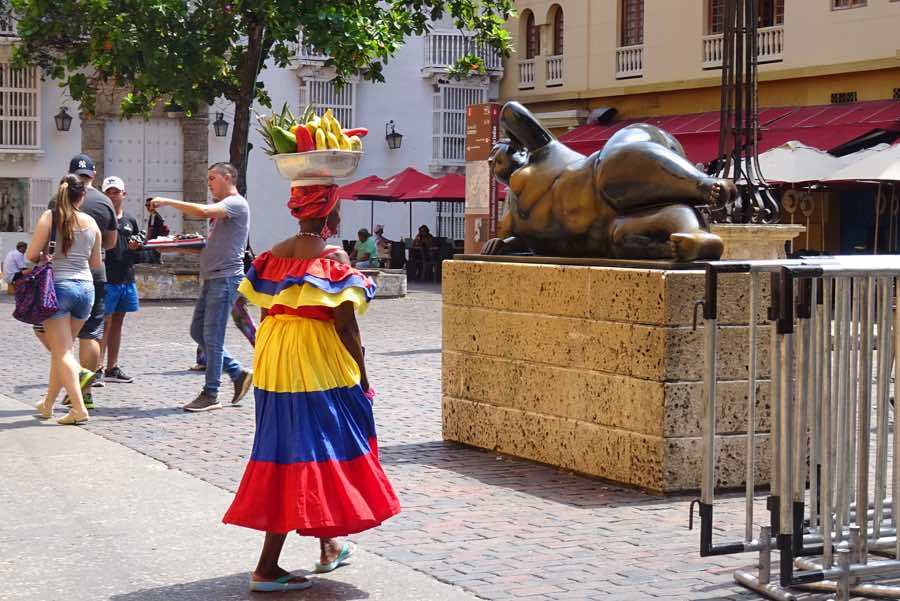