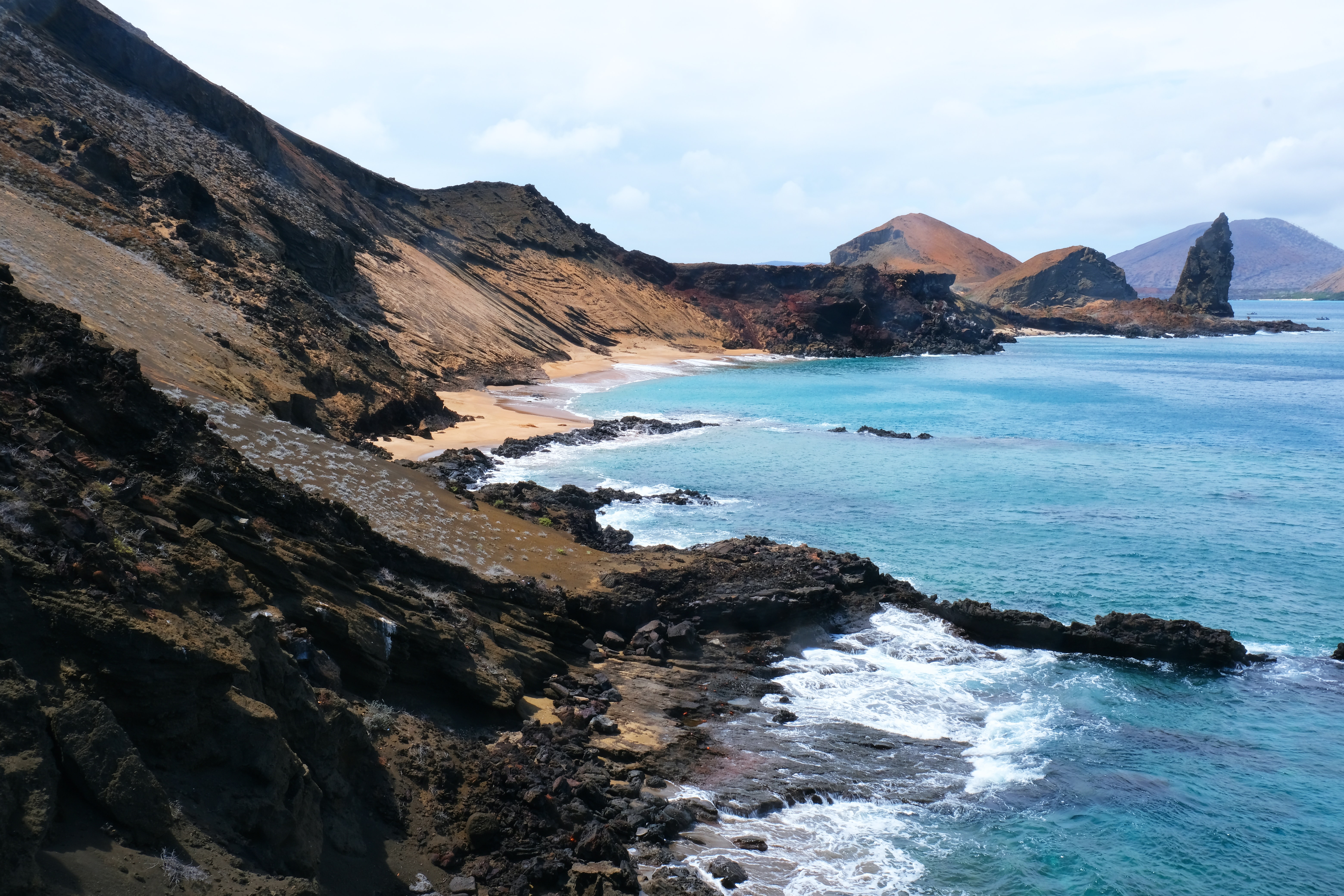 All the practical information about Ecuador

Have you planned a trip to Ecuador? In order to enjoy your stay, remember to prepare well in advance. We have prepared all the practical information about Ecuador that you need : climate zones, the different regions and the best time to visit the country. But also a packing list, which documents to prepare and your travel pharmacy.

How long will you travel to Ecuador?

With a surface area of ​​283,520 km², Ecuador is a relatively small country compared to its neighbors Colombia and Peru. But make no mistake: there are still a multitude of things to see, visit and explore.

Ecuador is a country extremely rich at first in terms of landscapes: between the Pacific coast, the paradisiac islands of the Galapagos, the Amazon rainforest and the mountains and volcanoes of the Andes, the country is divided into several regions which have each their own charm and their own microclimate.

Ecuador also has a lot to discover in terms of biodiversity, thanks to endemic and preserved flora and fauna. Finally, Ecuador is a country with a rich history and culture. During your stay in the country, you will live extraordinary experiences, meet the indigenous peoples and their ancestral traditions.

In Ecuador, the distances between the various points of interest are short and it will not take you much time to go from point A to point B. Despite this, it is rather advisable to allow time to visit the country.

A stay of 15 days will allow you to see the essentials of the country:

If you want to practice slow travel by adding unique experiences to your stay, plan to stay for three weeks in Ecuador. This will also allow you to observe the giant tortoises of the Galapagos archipelago. The longer and fuller your stay, the more eco-friendly it will be.

Located south of Colombia and north of Peru, Ecuador may be a small country, but it offers an incredible diversity of landscapes.

There are four main regions in Ecuador:

Whatever your travel tastes, there is bound to be something for you, between volcanoes and national parks that can be visited through long treks and hikes, white and fine sandy beaches that invite you to laze around, or even the typical small villages and traditional markets that will immerse you in the customs of the indigenous peoples.

The regions of Ecuador are very different and the climate can vary from one to the other. Here are some tips for choosing your travel dates according to the seasons in Ecuador.

Ecuador is a country with a tropical climate. In the year, there are two seasons: the rainy season and the dry season.

Depending on the region and the altitude, the seasons last more or less long. For example, in the Sierra, the rainy season extends from December to May and the dry season extends from June to November. This region offers fairly cool temperatures all year round, which very rarely exceed 18 ° C. On the Costa, the rainy season is shorter: it extends from January to April while the dry season lasts from May to December. On the coast, temperatures are higher throughout the year, with an average of 20 ° C: in summer, it is hot enough to practice nautical sports like surfing.

As the name suggests, the rainy season is marked by abundant and frequent rainfall and high temperatures, while in the dry season, the climate is much less humid and temperatures are milder.

Outside the Sierra and the Costa, that is to say in the central part of Ecuador, the seasons are much less marked. Temperatures remain roughly constant all year round and hover around 25 ° C.

There is not really a recommended season to visit Ecuador, since from one region to another, the climate and temperatures will be very different in the same period. In addition, keep in mind that whatever season you choose for your stay in Ecuador, the weather will always be changeable and quite unpredictable.

Practical information about Ecuador – Seasons and sites to visit by region

The Andes range includes many volcanic peaks where, due to the altitude, temperatures will be lower than in the rest of the country.

In fact, the higher you go, the more the temperatures will drop: in general, we lose about 5 ° C every 200 meters above sea level.

Sites to visit in the Sierra

On the Costa, the seasons are quite paradoxical.

During the rainy season, frequent rains are short-lived, so there is also a lot of sunshine throughout the day.

However, the best time to visit the Costa remains the dry season which will be more pleasant. If you plan to surf in Ecuador, knowing that surfing conditions are generally better during the dry season. Between June and September, you can spot humpback whales offshore.

Sites to visit on the Costa

Also known as Oriente, this region offers a hot and humid climate throughout the year. The temperatures hover around 25 ° C whatever the season. You will also have a lot of rain whatever the period of your trip.

Generally, the rainfall is a little less between November and February, but the climate is still very humid. The Ecuadorian Amazon is the wettest region of Ecuador. Its tropical climate can quickly weigh you down if you are not used to it! Avoid June and July, which are peaks in humidity.

Between October and January, the climate is slightly more pleasant. However we recommend to avoid the months of December and January because it is the peak tourist season. First, the plane tickets will cost more. Second, you will come across a lot of crowds on site. This might not necessarily be pleasant when one seeks above all to take advantage of the nature and the fauna of a country.

What to visit in the Ecuadorian Amazon?

Between June and December, the Galapagos archipelago is also subject to the phenomenon of fog formation that can be seen on the beaches of the Costa. Temperatures therefore tend to stay fairly cool and the water rather cold. Especially since this mist also works like a veil preventing the sun from passing through. It’s the cold season: temperatures range between 19 and 26 ° C. The water temperature can drop to 21 ° C.

The best time to visit the Galapagos Islands is therefore the rainy season, from January to May. You will get showers quite often, but they are usually quite short. Since the weather anyway is very variable, you will also get a lot of sunshine. During this season, temperatures range between 23 and 30 ° C and sea water can reach 27 ° C.

For snorkeling, the rainy season is the most favorable because the sea will be less rough and therefore clearer. On the other hand, it is during the dry season, between June and November, that the conditions are best for diving. This is when you will notably be able to spot whale sharks.

What to visit in the Galapagos Islands?

During your stay you will certainly make various personal purchases. This may increase the weight of your luggage, which is limited for your return by plane. It is therefore preferable to take this into account also in advance.

As the climate is very often unpredictable, we therefore recommend that you bring the following equipment:

We also recommend that you always have toilet paper with you. Indeed, in Ecuador outside the cities, it is not always normal to have paper in the toilet. Also remember not to put your toilet paper in the bowl, but in the trash bin at your disposal.

This is easy to adjust on your travel preparations list. To travel to Ecuador, you don’t need special vaccines. However, you must be up to date with your vaccination book and universal vaccines such as diphtheria, tetanus, polio, whooping cough and hepatitis B.

If you are traveling to the Amazon, it is recommended that you get vaccinated against yellow fever. Depending on the length of your stay, plan the typhoid and hepatitis A vaccine.

We also recommend that you take travel and repatriation insurance for your trip to Ecuador.

All major cities in Ecuador have pharmacies of course. You will find there all the elements of your basic first aid kit if you do not want to take on this weight or bulk. On the other hand, if you are following a particular treatment, it is better to take your medication with you.

Altitude sickness, or soroche, is very famous and deserves a few lines.

Already before leaving, start training to have a good physical condition. But be aware that altitude can cause you trouble, even if you are a seasoned sportsman. For adults with heart problems, overweight people, we recommend that they seek medical advice from their doctor before your departure.

Depending on each one (and this has nothing to do with your physical condition), it can happen that you will suffer from Mountain Sickness from an altitude of 2,500 m. This is manifested by headache, the desire to vomit, nausea, possibly loss of appetite.

Normally by respecting a few rules, Mountain Sickness should stop after 2 days. Do not make a physical effort, eat a light and healthy diet, drink a lot and breathe fully. There is a lot of talk about the fact that chewing coca leaves can help, but it not always does. If your condition does not improve, it would be advisable to go down in altitude until you feel better and go up slowly later.

Preventive measures such as not displaying jewelry, sums of money, etc. are always to be respected. This also applies to all other Latin American countries too.

During the spring and summer months, when it is noon (12 noon) in France, it is only 5 am in Ecuador, we remove 7 hours.

During the autumn and winter months, when it is noon (12 noon) in France, it is 6 am in Ecuador, we remove 6 hours.

Unlike in Peru, the current in Ecuador is 110 volts with sockets which have 2 flat plugs or 3 plugs, 2 flat and 1 round. Bring an adapter with at least 2 flat plugs or better yet, a universal adapter.