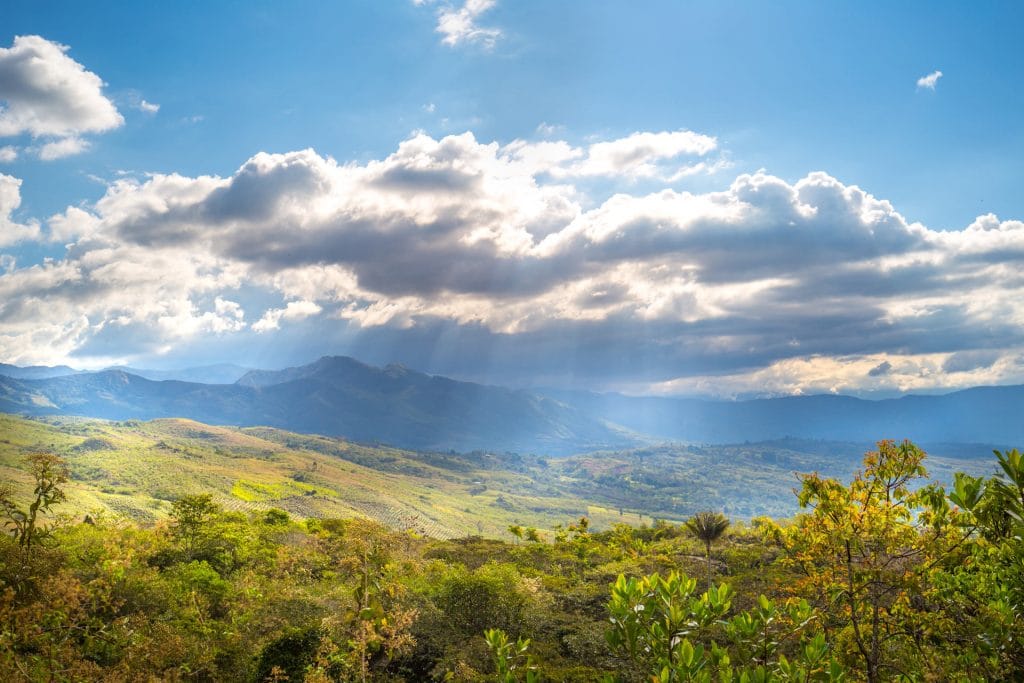 Why travel to Peru now?

This is an article that I hope will be shared. It is also to answer the many questions from travelers who want to come soon or even in 2 or 3 months (??) : Let me tell you the answer right away. Yes, you can travel to Peru without any problem.

Yes, Peru suffered, yes, Peru still suffers and yes, Peru will still suffer quite a while from the consequences of the torrential rains and especially from landslides and  mud that hit the coast of Northern Peru.

But was it necessary to activate at the international level and from embassies, such a negative run down on the destination Peru ? Well, ok, I live here and in a region that was not effected by the disaster. Maybe I’m not totally objective.

But the fact is, and I could realize it in different places that we visited, many people that suffered from the disaster are now suffering from the lack of visitors that the news logically frightened.

The roads in Peru are open

We are just back from a 2-week travel, that we started on April 12th here in Chachapoyas, our hometown. The goal was to visit some of the major archaeological sites in northern Peru. We’ll write about them in future articles.

We wanted to see the situation by ourselves. It was all about observing how it’s working now and how you can travel throughout Peru once you are in Peru.

Our trip itinerary in Northern Peru

The most affected part was Northern Peru. We logically drew our itinerary starting in Lima then heading north visiting important tourist or archaeological places. Though we could witness how the road and sites themselves are.

We left Chachapoyas on April 12th around 7 am. We went to Jaen Airport, with the Viajes Pacifico agency Shuttle. From Jaen Airport leaves a daily flight to Lima.

4 hours later we leave with a Latam company flight, the only company that flies from or to Jaen.

We arrive at Lima Airport at 3 pm. Our luggage will be delivered at a supersonic speed and at 4.30 pm, after one hour taxi, we are in Miraflores where we booked a Hostal.

This is where we met a French friend of us, arrived in Peru past March 29th. She decided to travel to Peru despite of the French embassy recommandations not to go to Peru now.

We had told her that there shouldn’t have any problem and she could come. Before joining us, she already visited Arequipa, Nazca, Ica, Huacachina, Paracas and many other spots. And? Well no problem at all, everything went perfectly, ladies and gentlemen. 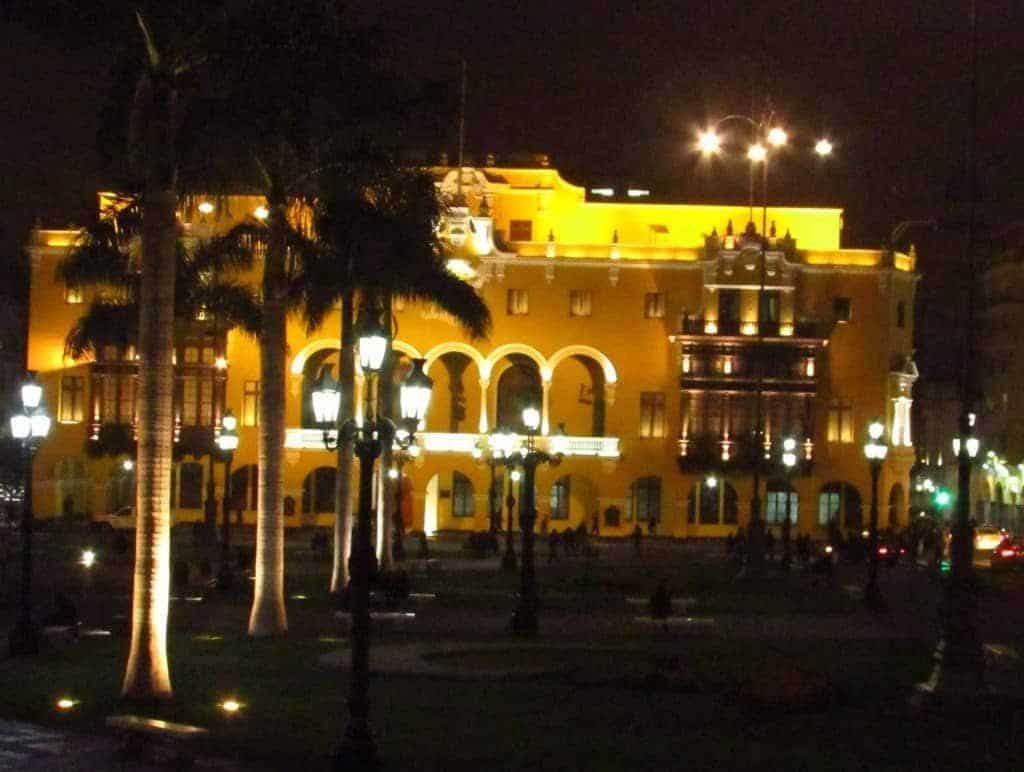 The “Semana Santa” in Lima, I recommend. Traffic is much quieter than usually, Museums and tourist places are open, Huaca Pucllana and of course good restaurants. If taxis are not the most happy, we are.

We leave Lima on Sunday, April 15th. Our destination, Barranca, 200 kilometers north. We wish to visit Caral, the oldest civilization in America, almost 5 000 years old. A place not to miss when you decide to travel in Peru. The place had been closed several days because of the rains.

We bought a ticket at Movil Tours Bus company. To go to Barranca from Lima, you need to reach their terminal located close to the Lima Stadium.  Departure time 2 pm, we arrive around 6 pm at Barranca. We’ll spend the night there, then visit Caral early the next morning, 25 kilometers outside of town. 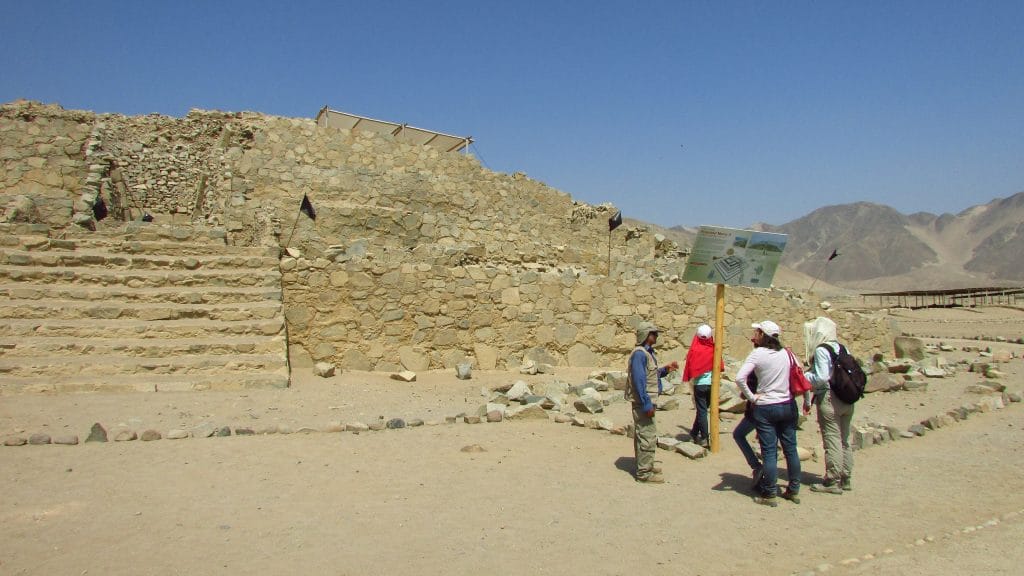 We met no problem and Caral is amazing.

Back from our visit, our van let us at Pativilca, a few kilometers north of Barranca. From there, we contracted someone with a van or “collectivo” to drive us to Huaraz. It’s a very popular way of transportation for local people and travel in Peru. He’ll drive us straight to Huaraz in the mountains.

If the road to Huaraz had been cut by the landslides, it’s now open again and we arrive at Huaraz around 6.30 pm after a 3 h 30 trip. 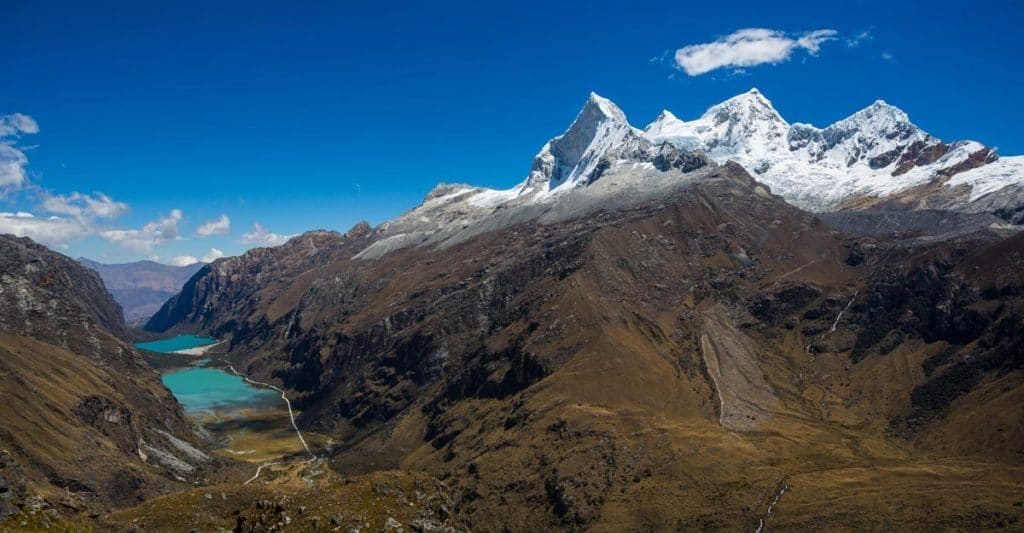 Once in Huaraz, we could without any problem visit the lakes in the mountains as well as the very impressing archaeological place Chavin de Huantar. For us, simply a must when you travel to Peru ! We are there at the end of the rainy season.

If for trekks lovers, it’s still a little early in the season because of the changing weather, for us that was just fine.

Restaurants and local Tours operators all complain about the lack of visitors this year.

Going down from Huaraz to the Coast

We stayed 5 nights at Huaraz in a nice “Hostal”. We were not bothered by neighbors.

We bought tickets with another bus company to reach the Pacific coast and Casma. I don’t know if I can recommend it, we’ll talk about that another time. Departure time 10 am, it will take 4 hours to arrive in Casma.

We cross quite some landslides areas almost arriving at the coast. Close to the ocean, we’ll have 20 kilometers where the road disappeared during the events in March. Yes, it’s working, but much slower than usual.

In Casma, we’ll be the only guests again in a nice “hostal”. 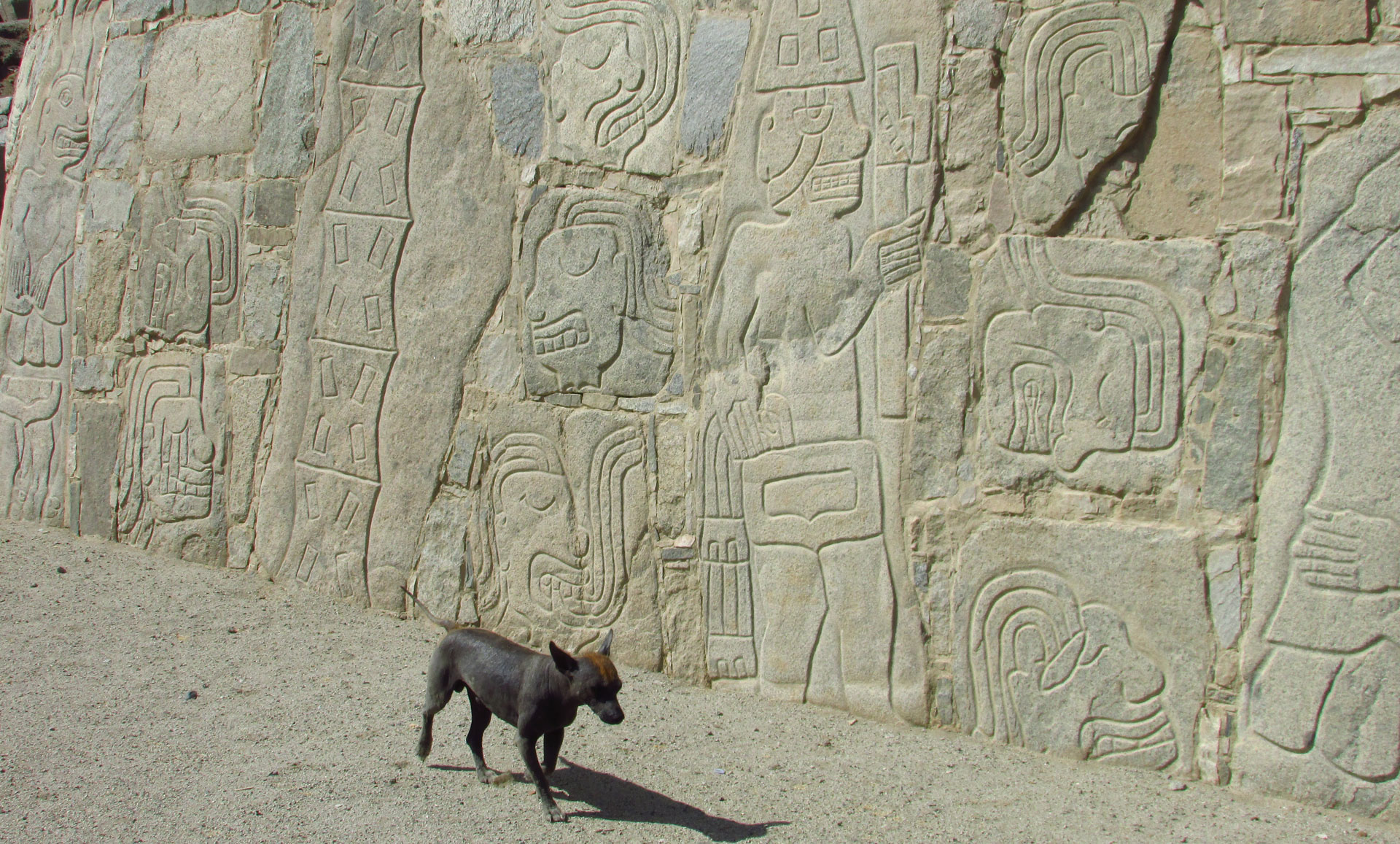 The next morning, we’ll visit the archaeological place called Sechin. We are alone (or almost!). There too, they suffer from travel cancellations.

Travel along the northern coast of Peru

Back from our visit, it’s time to go further north, to Trujillo.

We take a van “collectivo” that drives us to Chimbote, then another collectivo to Trujillo.

We cross large areas where the road had been cut for several weeks. This was due for example to the destruction of some bridges over the rivers.

Bu now, they put some temporary bridges over the rivers. The Panamerican road is open again for people and of course for merchandise. Time distances are a little bit longer, but it works. Peru is on its feet again, and it’s moving.

Around Trujillo, « ciudad de la eterna primavera”, “city of everlasting springtime”, they suffered a lot from mud rivers and landslides, what you call here « huaicos ». Usually it hardly ever rains here. But again we’ll have no problem to reach Trujillo. Our French friend will visit the fantastic archaeological places of Chan Chan or Huaca de la luna (moon temple). She wants to know more about pre-columbian sites in the region, essential.

We’ll stay in Huanchaco, on the coast. The boys and I will have a “cool” bath in the Ocean. We’ll go and visit Trujillo downtown, still so pretty.

I’ll finish my tours with the outstanding site “El Brujo”, where in 2006 they discovered the mummy of the “Lady of Cao”. A place that won’t leave you unconcerned. You leave there full of positive energy.

Here as well, we will witness that there is nobody, neither in craftwork shops.

We still have to cross the area north east from Chiclayo and the road going up to the Andes. Again we’ll take a ticket with Moviltours for a night bus trip.

We cross areas that suffered a lot from mud landslides. The bus obviously slows down to go through those areas.

The trip that usually takes 13 hours will take 15 h 30 this time. That seems reasonable when you know what happened just recently finally.

There we are, back home in Chachapoyas.

From this slogan that’s covered by all medias, including telephone companies, what can we say ?

Choosing and traveling ourselves this itinerary, we wanted to show that people can without any problem come and travel in Peru, including those strongly affected zones in the north.

Peru just went through hard times. Mother Nature reminded everybody that she’s still there. Let’s hope that public authorities will react more strongly in the future against illegal buildings made in unappropriate areas. We uselessly drive people into dangerous situations. People that already didn’t have a lot now have nothing left.

But – Peru got back to work, Peru is fighting, Peru got up again. Viva el Perú!

Can you come back and visit Peru ?

You planned to travel to Peru and you still wonder if you can? Don’t think anymore, just come and come right now. Tourist areas are less visited, it’s much quieter, Hotels need to improve their cash flow. By traveling, you’ll help the country to recover even faster. You’ll certainly be able to get interesting discounts.

As an example, Mancora, the famous surf area, is empty, hotels give discounts. So for beach lovers….

Just to be precise about the Mancora area and extreme north of the country like Piura or Tumbes. Those are the areas where the Pacific Ocean’s waters are warm all year round. On the beach no problem. But if you go a little bit inland, take care with the mosquitoes. Niño or not. Better to be vaccinated against Yellow fever. Rains make mosquitoes happy. However, more at the south like Trujillo or in the mountains, nothing bad.

And if you didn’t plan to visit the country yet, we hope that our articles will convince you to come one of these days. The south and of course northern part of the country with its pre-incas civilizations and amazing nature, you have the choice.

Don’t forget that places like Chachapoyas or Tarapoto didn’t suffer at all from coastal disaster. But the fact is they also suffered from global visitors’ cancellations.

See you soon and “bon voyage”!